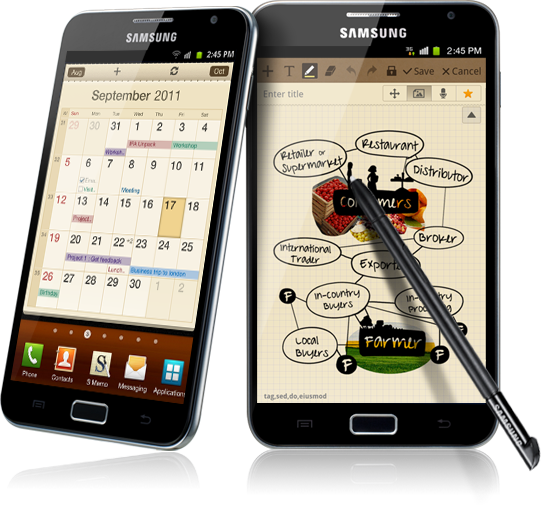 Back in the beginning of March, Samsung launched a Galaxy Note developer challenge, with $200,000 in prizes, in an effort to challenge developers to make new apps for their tablet-phone hybrid. Just two months later, and they’ve chosen the winners, each with their own creativeness. In first place, with the “Best Overall App,” is Chiu-ki Chan, who made “Monkey Write * Learn Chinese” and scored the grand prize of $100,000. The “Best Overall App” that grabbed second place was “Maze Racer” by Roger Peters and David McCanless, which cashed in on a $50,000 prize. Rounding out the top three was “Drawing Pad” by Christopher Lott and Daren Murtha, who walked away with a cool $25,000. Congratulations to these three, as well as the numerous honorable mentions that entered the contest.

The full press release can be found below, along with the links to the top three apps. If you’ve got a Galaxy Note, these are definitely apps that you need to try for yourself.

So, have you downloaded any of the winning apps? What else do you think would be useful on the Galaxy Note? Drop a comment below!

“The goal of the Challenge was to tap the S Pen’s unlimited potential for content creation engagement with the ingenuity of the Android app developer community,” said Dale Sohn, president of Samsung Mobile. “The results exceeded our expectations, both in terms of quantity and quality. This challenge is just one example of our constant expansion of the S Pen integrated apps ecosystem.”

Entries were judged by a five-member panel of representatives from AndroidCentral.com, AT&T, BlueRun Ventures, Gameloft and Samsung Mobile. The judges evaluated the apps based on the quality of the idea, S Pen integration and overall user experience.  The challenge included a “Popular Choice” category, which invited the public to vote on submissions online.

The winning submissions include:

Developers used the Samsung S Pen SDK to integrate S Pen functionality. Winners, app entries and more information on the Challenge can be found at http://galaxynotespenchallenge.com/. More information on the Samsung Galaxy Note, an all-in-one device that allows users to communicate in a unique, personal way, can be found athttp://www.samsung.com/us/mobile/cell-phones/SGH-I717ZBAATT.