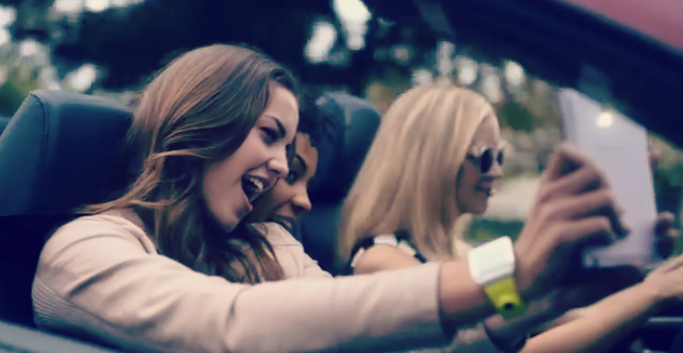 The first part of a planned three-episode arc of ads has gone online and may be headed to a TV near you. In the firt clip we see three gals driving along, listening to Robin’s song in the car. Lo and behold, he shows up next to them and even poses for a photo. A quick jot of his information (thanks Galaxy Note 3!) and we’ve got the cliffhanger setup.