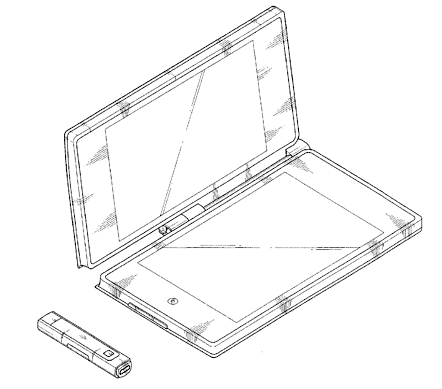 Remember the Sony Tablet P? Yea, neither do a lot of people. It was clunky, impractical, hard to use, and most of all, really served a purpose to nobody. Aside from a tiny niche market, the Sony Tablet P flopped like a salmon that got caught by a four-year-old and left on the docks.

The tablet patent concept shows 2 screens that are flatter and larger than the bulky Tablet P concept, making it much more laptop-ish than tablet-ish. There’s also a removable controller / pointer that slides into the hinge, making it even more awkward. The dual screens can work together as one (bad, thanks to the hinge in the middle) or separately (better, but still weird).

Samsung, we here at AndroidGuys are questioning this patent, and we’re questioning it hard. Granted, there’s no mention of what OS will be used here, but in this writers opinion, this is going to leave a sour taste in the mouths of consumers who purchase this, especially at the price it’s sure to come out at (read: expensive).