Just a few days ago, Samsung officially announced the flexible display and a Samsung executive said that a smartphone with curved display will be announced in October, and now it seems its really around the corner as @evleaks – folks who always leak the pictures of smartphones ahead of their official launch – just released a press shot of the upcoming Samsung curved display smartphone. 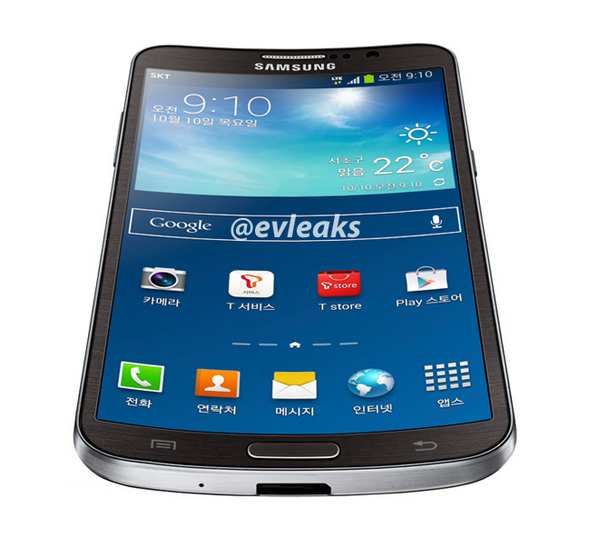 The device is curved side-to-side and it is running on Android with TouchWiz UI on top. Also, SK Telecom is very clear in the notification tray, so probably it will land in Samsung’s homeland first, then in other countries.