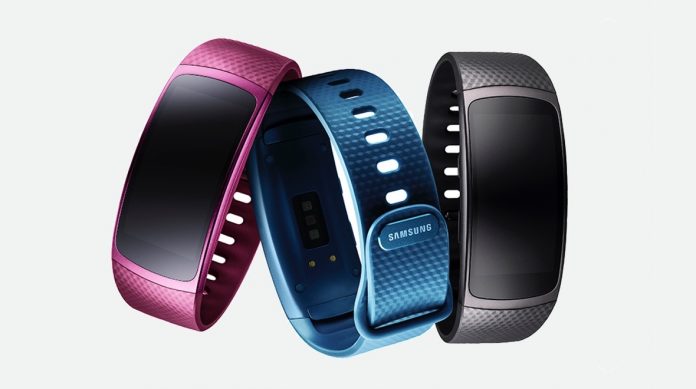 Samsung last Thursday announced a pair of fitness-based wearables for consumers looking to smarten up their daily activities.

First up is the Gear Fit2, a second-gen activity tracker that is designed to be worn around the wrist. The curved unit’s primary features include GPS and heart rate monitor; the super AMOLED display allows for touch and can provide notifications.

As is the case with other Samsung wearables, this one runs the Tizen operating system and ties into Samung’s S Health app as well as other health-related and fitness apps. Additional specs include a 200mAh battery and 4GB internal storage for music.

The IconX is a essentially a pair of Bluetooth wireless earbuds that stand alone from each other. In other words, there are no wires to be found whatsoever.

Internally, each earbud houses a 47mAh battery but the carrying case offers up another 315mAh battery for recharging. To activate the IconX, users place the earbuds into ears.

What makes these different from other wireless headphones or earbuds is that they can track distance, speed, duration, pulse, calories burned, and more. Indeed, the IconX include 4GB internal storage so users can put roughly 1,000 songs on them. And, because we all need a coach for workouts, the earbuds offer voice guidance for feedback.

The Samsung Gear Fit2 can be pre-ordered immediately with availability starting from June 10. Pricing is listed at $179.99 across various retailers, including Best Buy, Amazon, Samsung, and others. Color options include Black, Blue, and Pink.

The Gear IconX is expected to arrive in the third quarter with pricing listed at $199.99.