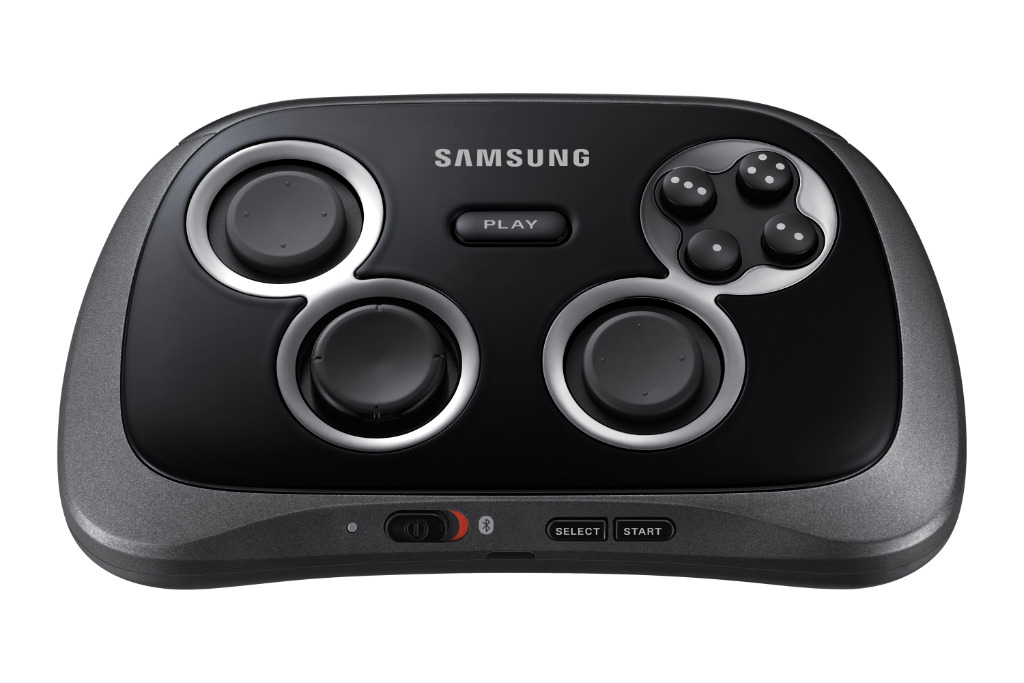 Samsung has introduced a new version of its GamePad game controller for Galaxy and other smartphones. Things look strikingly different than the first generation and now feel considerably less like an XBOX 360 controller. Color has switched from white to black and the analog sticks are now concave instead of convex. What’s more, the buttons have gone from the traditional ABXY layout to dots numbering 1-4.

The GamePad can work with any Android smartphone ranging in sizes of 4-inches to 6.3-inches. You will need Android 4.1 Jelly Bean or newer; NFC-ready Galaxy handsets with Android 4.3 can pair automatically.

Samsung is also introducing a new Mobile Console app which curates a list of compatible games to browse and/or purchase. At launch there are 35 games but Samsung says there’s “much more to come in 2014.” Samsung is selling the GamePad in some European markets and will be available in additional regions in the coming weeks. Pricing is not immediately clear.