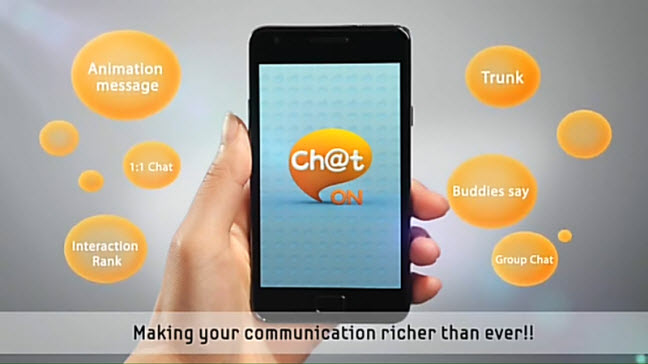 You no longer have to put up with Samsung’s bloatware messaging app, ChatOn. The South Korean tech firm has decided to discontinue the messenger service from 1st February, 2015. While users will not be able to send and receive texts, they can however store their chat history, photos and videos sent before its suspension.

“Under changes in the services operation policy, ChatOn will be closed as of 9 a.m. on Feb. 1, 2015. The move came in line with efforts to meet the changing demands in the market and provide differentiated services to users, focusing on other areas such as health and mobile commerce,” Samsung said in a statement.

The announcement has come as a surprise as Samsung had recently denied a report saying that ChatON was shutting down.

Despite being available in 200 countries across various ecosystems including Android, iOS and Windows, ChatOn has failed to generate popularity since its launch in October 2011.

The ChatOn app comes preloaded with all Galaxy handsets, but even that seems to have done nothing to attract users to this app.