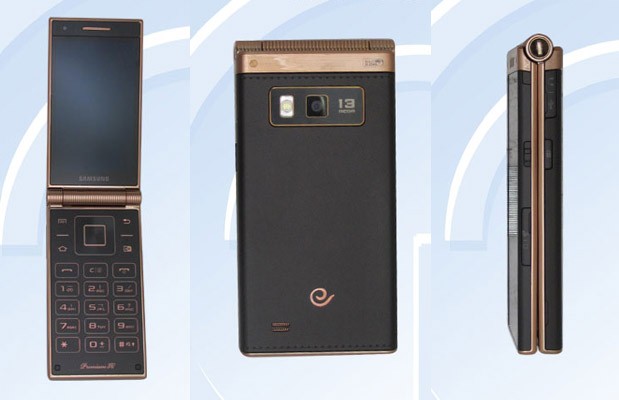 You know what you need in your flip phone? You need Android 4.3 Jelly Bean and a quad-core Snapdragon processor.  At least that’s what Samsung thinks.

A newly discovered SM-W2014 has been spied online at China’s Tenaa website which features the aforementioned specs as well as a 13-megapixel rear camera. Toss in a front-facing 2-megapixel camera and 2GB RAM and you’ve got a pretty powerful experience, but in form factor that doesn’t make much sense. Like the Galaxy Golden and Hennessy of this past summer, the SM-2014 looks to offer a pair of displays: each is a 3.67-inch 800×480 pixel screen.

Don’t look for this outside of China or Korea as neither of its predecessors have made it to the U.S. and other markets. Don’t get us wrong, both are pretty big on their own.