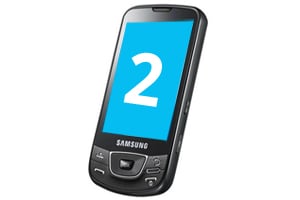 The Samsung Galaxy has only been out for a few months but that won’t stop the rumor mill from starting up with talks of a followup device.Â  Thanks to a twitter user going by the name of “eldarmurtazin”, we might know some of the specs from one of the next Android handsets from Samsung.

As much as we love the sound of a 4-inch, 32GB device with Android 2.1, we’re treating this as a completely unconfirmed rumor for now.Â  We suggest you don’t hold your breath either.Â  It’s entirely too easy to tweet something like this and get the hype machine rolling.Â  But… if these specs prove to be right, then we’re in for a treat!