Samsung has been very busy launching its A series phones this year. After the launch of the Galaxy A3, A5 and A7 few months back now the new Samsung Galaxy A8 has been doing the rounds recently. 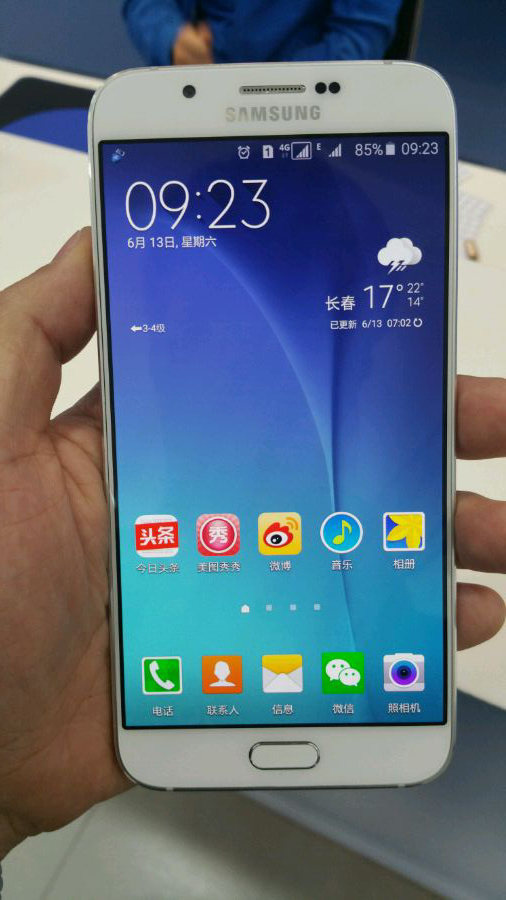 Few days back, we saw the Galaxy A8 in all its glory in China. Now, we have a fresh report of the device passing through the FCC. The FCC filing doesn’t give any special details about the handset but only confirms the standard connectivity details like LTE and dual-band WiFi.

Specs of the Samsung Galaxy A8 have already been confirmed through the TENAA listing in China. It boasts a 5.7-inch Full HD Super AMOLED display, 2GB of RAM, 16GB of internal storage, an octa-core 64-bit Snapdragon 615 processor, 16-megapixel rear shooter and a 5-megapixel front-facing camera, fueled by a 3,050 mAh battery. The Galaxy A8 (SM-A800) will also feature a fingerprint sensor like the Galaxy S6, running on Android 5.0 Lollipop, all encased in an extremely thin 5.9 mm metallic frame.

Several pictures of the Samsung Galaxy A8 were also leaked last week along with the TENAA listing. All this coupled with the FCC listing, brings the Galaxy A8 very much closer to launch and we hope to hear some official announcement very soon.