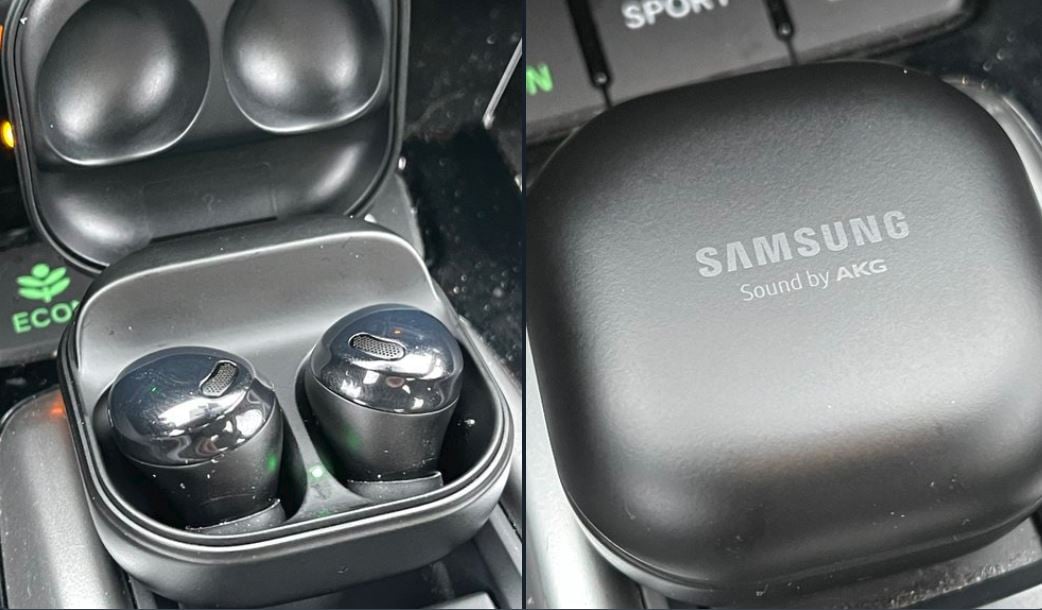 Samsung recently announced that its Galaxy Unpacked event will take place on January 14, 2021. While the big star of the show will be the brand-new Galaxy S21 lineup of phones, if the rumors are true, that won’t be the only hardware Samsung shows off at the event.

Samsung is also expected to launch its latest true wireless headphones dubbed the Galaxy Buds Pro. Over the past few months, we’ve seen plenty of information leak out about the Galaxy S21 phones, including renders, specs, and even a hands-on video review. However, all we’ve seen of the Galaxy Buds Pro are some renders and specs. That is until now.

YouTuber Digital Slang recently got his hands on a pair ahead of the launch. Apparently, he saw a listing for the unreleased Galaxy Buds Pro on Facebook Marketplace, took a chance, and turns out they were the real deal.

After teasing us with some photos on his Twitter account he’s now posted an unboxing and first impressions video about the upcoming true wireless headphones from Samsung. In the 17 minute long video we get a detailed look at the packaging, the case, and the Galaxy Buds Pro themselves.

Furthermore, we get an overview of the app and he shows off the touch-control options which include, noise controls, Bixby, volume, and Spotify integration. The standout features here being the active noise cancellation and Ambient sound or transparency mode that will turn on automatically when it hears you speak.

When it comes to sound quality, he was a big fan, but unfortunately, the ANC was lacking when compared to the AirPods Pro. On the bright side, the Galaxy Buds Pro supports wireless charging which makes them easy to keep topped up.

Digital Slang also has a comparison video between the Galaxy Buds Plus and Galaxy Buds Pro on his channel, and that’s about as good of a look at Samsung’s latest headphones we’re going to get until they officially launch at the Galaxy Unpacked event in ten days.