There is no doubt that Android will continue to grow, with over 700,000 activations a day. But mobile technology is not where Google is stopping, and Android is growing and will be used in a plethora of devices. From cellphones and tablets to appliances and automobiles, Android is spreading its wings wherever it can. It seems that Samsung is taking off on a new adventure, with the possibility of manufacturing an Android-based camera.

Samsung has just filed a trademark for a “Samsung Galaxy Camera,” with the USPTO. This leads us to believe that the Korean manufacturer may be thinking of releasing an Android camera in the near future. As usual with Trademark filings, though, this may never happen. But the idea of it can be enticing. 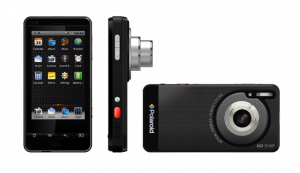 We saw Polaroid’s SC1630 at CES. It’s essentially a camera that runs Android and has phone capabilities. This device was not very enticing, mostly due to its lackluster specs. But Polaroid mentioned that this was just a placeholder, and the final product will be much better.

If a company can hit the right spot for photographers, this could be a great trend for picture lovers. Imagine a camera with the flexibility that Android offers. We could pick whichever camera app we prefer, as well as editing and social network apps for sharing. It would definitely bring a whole new meaning to “smart photography.” And if we can take Google’s mobile OS to the next level, we could even see Android DSLR cameras. But, great hardware requires great software to create a better experience.

As already mentioned, we don’t know if this is something Samsung will follow through with. We’ve seen companies file for trademarks they never use, but that won’t keep us from dreaming. We surely hope Samsung can pull this one off.

So what features do you think Android possesses that would make an amazing camera experience? Let us know by leaving a comment!