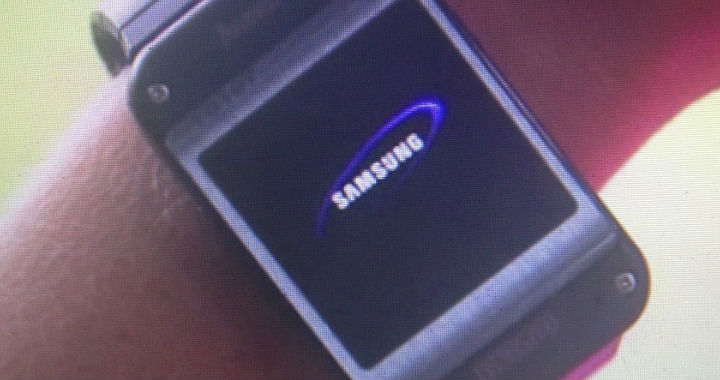 The Samsung Galaxy Gear smartwatch has made its way onto the internet in the form of pictures from a press video. The team over at VentureBeat was able to see the device ahead of its formal debut this week, however they were not allowed to photograph the device. They were, however, able to grab some pictures from a promotional video for the unit.

As it appears today, the Samsung Galaxy Gear will feature a 3-inch display and center around more of the mobile health and lifestyle group than anything else. With a built-in pedometer and a host of fitness-related apps, the Galaxy Gear sounds more like an accessory for the health-conscious than anything else. Additional details figure to include a camera, WiFi/Bluetooth connectivity, and tiny speakers.

Indeed, the device looks pretty masculine and doesn’t have a lot of personality, if only from these first glimpses. Let’s hope the finished product and real-world stuff has a little more panache.

Samsung is expected to formally unveil the Galaxy Gear at an Unpacked event on September 4.

Head to the source as VentureBeat has another three photos.