We have covered the forthcoming Samsung Galaxy Note 20 in great detail here, and have a fairly solid understanding of what to expect from the pair of phones. But, as it turns out, there may be a third option on the horizon, a so-called Galaxy Note 20 Ultra. Or maybe not.

The new Bluetooth SIG certification, on the contrary, states that a phone by the name of the Samsung Galaxy S20 Ultra was recently certified as having Bluetooth 5.0. 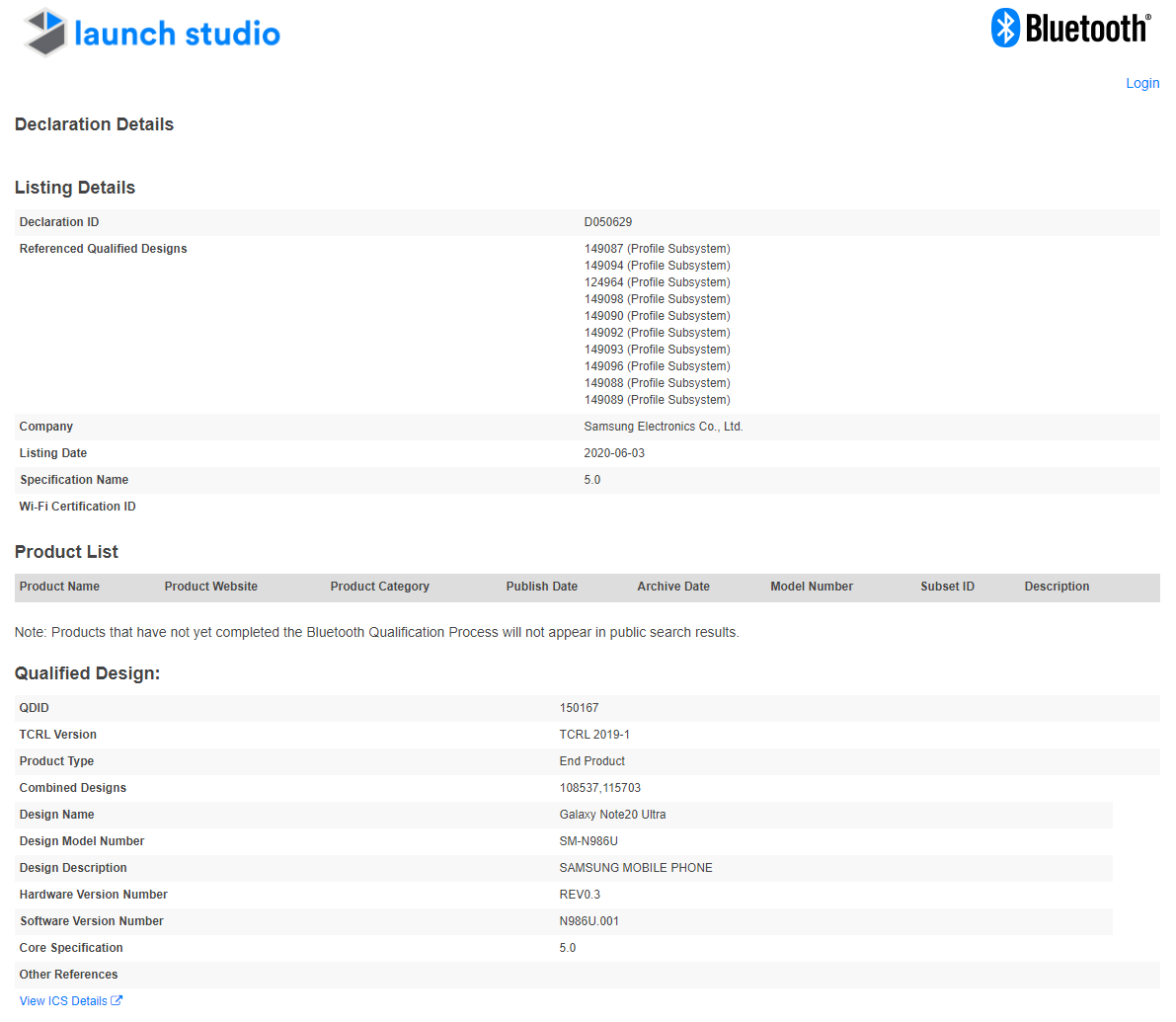 This listing is odd for a couple of reasons. Firstly, Bluetooth 5.0 is definitely a high enough standard, but the recent Samsung Galaxy S20 series shipped with Bluetooth 5.1. Understandably, the difference between Bluetooth 5.0 and 5.1 is largely negligible to most consumers.

It is a bit strange to release a flagship with the latest Bluetooth standard but step backwards in a seemingly superior model.

The second oddity here is in the design model number of SM-N986U. It was spotted a few days on GeekBench and was associated to the Samsung Galaxy Note 20+ 5G.

If all of this is confusing to you, consider that Young’s previous tweets suggested that the Ultra was going to be the Galaxy Fold 2. It is worth noting that he has since pulled down old tweets mentioning this.

Is Samsung planning on releasing three different models of the Samsung Galaxy Note 20 lineup or re-branding part of it? Obviously, we will have to wait for more information before we get a clearer picture.

What are your thoughts on the Samsung Galaxy Note 20 so far? Has the phone done enough to pique your interest? Let us know in the comments section below.