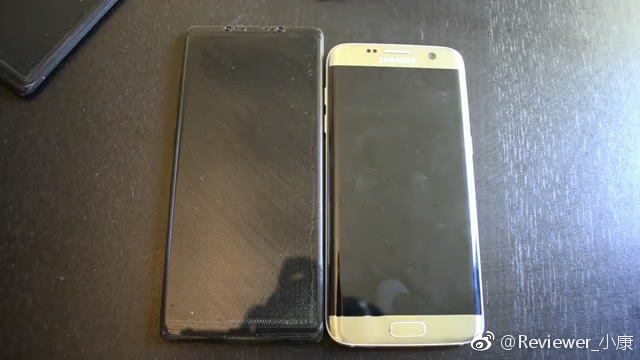 After the Galaxy S8 launch, all eyes are turning towards Samsung’s upcoming flagship, the Galaxy Note 8 which has already started visiting the rumor mill quite often.

Case in point, a few images of an alleged Galaxy Note 8 dummy appeared on China’s Weibo micro-blogging website, showing the upcoming phone in comparison to last year’s Galaxy S7 edge. As expected, the Galaxy Note 8 looks much taller and narrower than the Galaxy S7 edge. It also seems to lack a fingerprint sensor on the back or on front, which hints at the fact that Samsung will finally embed a biometric reader under the display.

Samsung awkwardly placed the fingerprint scanner on the back of the Galaxy S8, because it needed more time to develop the technology that would have allowed it to place the authentication scanner under the phone’s screen. Now it seems that Samsung has managed to solve the problem.

The images also reveal the dual-camera setup on the back and what seems to be a dual LED located underneath. While it was often stipulated that the Galaxy Note 8 will be Samsung’s first dual-camera handset, recent leaks have revealed a different story. By the looks of it, the middle-range Galaxy C10 with a Snapdragon 660 will actually be the company’s first phone with a main dual-camera. 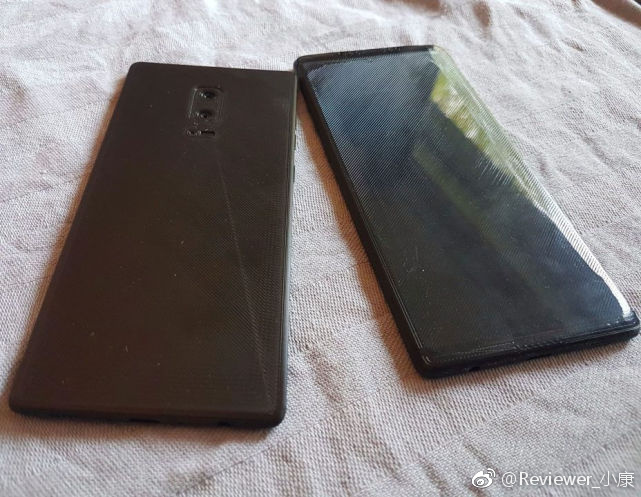 So far we’ve heard the Galaxy Note 8 might arrive with a 6.3-inch display and a Snapdragon 835 processor in the US. Naturally the phablet will ship with the iconic S Pen alongside it. While Samsung has traditionally unveiled a new Note product during the IFA tradeshow in Berlin, we expect the phablet to arrive a bit later this year.