Epic Games released their smash hit game, Fornite on iOS back in April. But Android users are still waiting for the game to be released on their platform.

Well, today we have some news to share with you on this topic. According to sources familiar with the matter who talked to 9to5Google, Epic Games has partnered with Samsung for the release of Fornite for Android.

The game will be exclusive to the Galaxy Note 9 for 30 days, before becoming available to anyone with an Android device. But even more interesting is the fact that Samsung plans to market the Galaxy Note 9 as a “gaming phone”.

The Galaxy Note 9 could be Samsung’s rumored gaming phone

What’s more, the Korean tech giant will offer a pre-order bonus for the Note 9 in a form of $100 to $150 worth of V-Bucks (the in-game currency for Fornite). Users who don’t care about that can opt for the wireless AKG headphones instead.

We recently heard a rumor that Samsung might be working on a gaming phone of its own. The gaming phone niche has really taken off as of late with companies like Razer, ASUS and Xiaomi all launching dedicated gaming handsets. 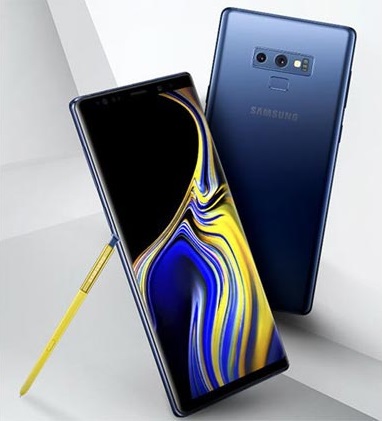 Some have speculated the foldable Galaxy X will be Samsung’s first gaming phone. Yet if the current report is correct, Samsung is not building a separate gaming phone, but will merely market the Note 9 as such. And the partnership Epic Games will justify this maneuver.

Given that the Galaxy Note 9 is expected to be a moderate upgrade over the Galaxy Note 8, Samsung is trying to find ways to make its next flagship stand out. Hence the exclusive Fortnite access reserved for early adopters.

According to rumors and leaks, the Galaxy Note 9 will arrive next month with a large 6.3-inch QHD Super AMOLED display with 18:5:9 aspect ratio. The phablet will feature a Snapdragon 845 processor under the hood with either 6GB or 8GB of RAM on board. Rumors also claim that this year, the Note 9 will arrive with a large 4,000 mAh battery.