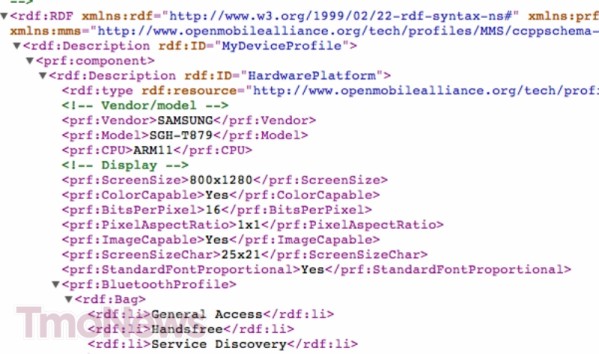 We recently learned that Samsung has sold more than 2 million units of the Galaxy Note, so it’s safe to say that it’s popular. The device made its début in the U.S. when it launched on AT&T and there are rumors abound that Verizon and Sprint will be launching it as well.

Now we’re hearing whispers that the device will be hitting T-Mobile as well. According to a leaked user agent profile, the codename of the device is the Samsung SGH-T879, and all we know about it is the 1280×800 resolution, which is only found on the Galaxy Note. The device is also certified by Bluetooth SIG and WiFi Alliance as a phone, which rules out the possibility of a tablet. 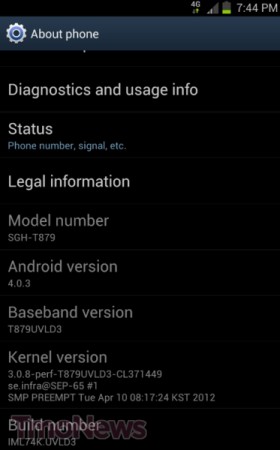 Another shot was leaked by TmoNews that actually gives us a glimpse of the phone’s ‘About’ section. It’s rocking the same Android 4.0 build we saw on AT&T’s Galaxy Note, along with TouchWiz 4.

For now, we’re taking all this with a grain of salt and waiting for either Samsung or T-Mobile to clear the air. With that being said, is anyone looking forward to T-Mobile’s version of the Note? Which of the remaining three carriers do you think will get the Galaxy Note first? Let us know in the comments!