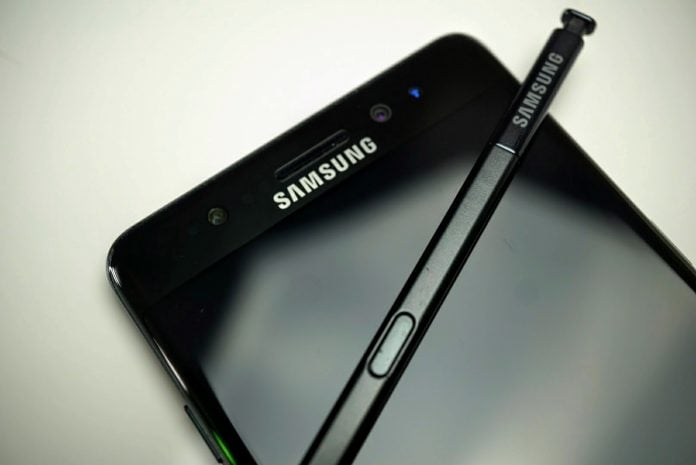 Earlier this month, Samsung put an end to global production of the faulty Galaxy Note7. The Korean tech giant also specifically asked owners of the phablet to return the potentially dangerous phones and take advantage of the available ailments.

The company is now trying to entice users to bring in their Galaxy Note7, by offering $100 credit towards the purchase of another Galaxy phone. But some people just love their Galaxy Note7 too much to part with it.

According to the latest statistics coming out of South Korean publication Korean JoongAng Daily a lot of users have no immediate plans of returning the tablet. The report cites a few customers, among them being Mr. Park, a 43-year old office worker.

He admits that due his demanding job, he didn’t exchange the phablet because he simply didn’t have the time. Interestingly enough he admits he might interested in purchasing the Galaxy S8 when it comes out next year, but until that he’ not really looking to “downgrade”.

Statistic provided by mobile service providers disclose that less than a 10% of Note7 users have returned their phablet to receive refund and exchanges. Worldwide, it appears that over one million users are still using the handset.

It seems most Galaxy Note7 users are choosing to hope for the best. As far as their devices are working they don’t really see an impending need to return them.

For its part, Samsung is trying to provide Note7 refugees with a worthy alternative, that being the Galaxy S7 and Galaxy S7 Edge. On top of the $100 credit offered, Samsung has also recently used an update which bestows Galaxy Note7 specific features on the two S7 flagships like the always-on display setting.

However at this point, it doesn’t seem these attempts to make the Galaxy S7 and Galaxy S7 Edge more attractive, are really enough to change the mind of Galaxy Note7 users.