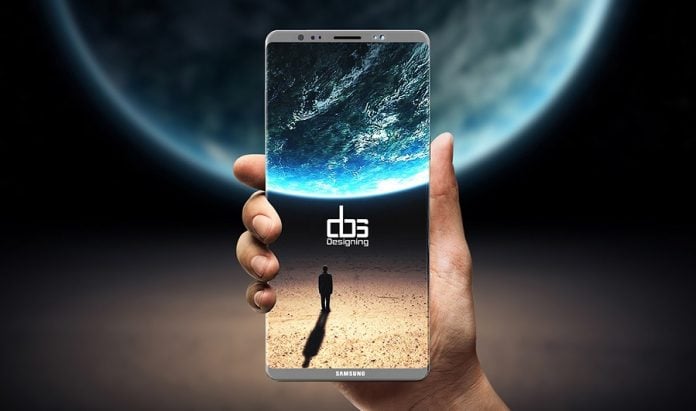 A few days ago we told you a recent report claimed the Samsung Galaxy Note8 will be unveiled during an event in New York on August 26.

But reliable leakster Evan Blass now paints a different picture through a recent article for Venture Beat. According to sources, the phone will go official in the second half of September –  after the IFA 2017 tradeshow – with a massive price-tag attached to it.

If the information at hand is correct the Galaxy Note8 is going to be Samsung’s most expensive phone to date retailing for €999, which according to the leakster should translate to a bit over $900. The unlocked versions of the Galaxy S8 and Galaxy S8+ initially sold for €799 and €899 respectively in Europe and for $725 and $825 in the US.

The current report also sheds more light on the upcoming phone’s specs. The device should arrive with a 6.3-inch Infinity Display with 18:5:9 aspect ratio and Exynos 8895 or Snapdragon 835 chips – depending on the market.

The phone will be the second Samsung product to boast 6GB of RAM after the Galaxy C9 Pro, but the first Galaxy flagship to feature a dual-camera setup which according to industry sources will include two 12-megapixel sensors and independent optical image stabilization for the lens. We’re also told the camera lenses will be placed horizontally and not vertically.

@evleaks reveals another interesting aspect – Samsung has decided to stick to the same fingerprint sensor placement we’ve seen on the Galaxy S8 and S8+. This time around the cameras and fingerprint reader will be separated by the LED and heart rate sensor, so at least the modules are going will have a greater distance between them.

On top of that, the phone will reportedly rely on a 3,300 mAh battery like the Galaxy S8+ and will bring updated S Pen functionalities like full-sentence language translation and currency conversion. The DeX desktop dock will also be compatible with the Galaxy Note8, which should be available at launch in Black, Blue, and Gold colors.

So what do you think? Would you pay $900+ for the Samsung Galaxy Note8?