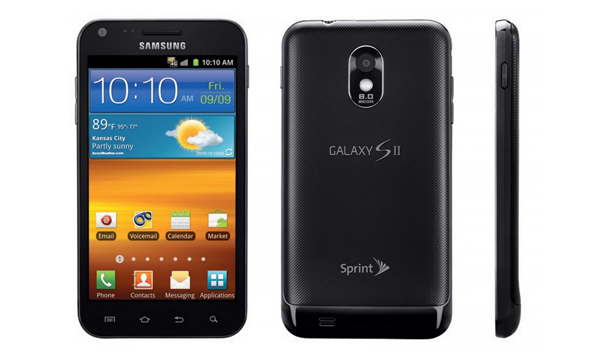 If you’re looking for further proof that the Samsung Galaxy S II series of phones is a force to be reckoned with, check out the latest kudos.  The entire GS II portfolio (U.S.)  took home awards at the 2011 Best of 4G ceremony earlier this week, including the top spot for the Epic 4G Touch (Sprint).   Combined, the three swept the Best New Mobile Device category at the event hosted 4G World and Connected Planet.

“We are honored and humbled to have all three of our Galaxy S II devices receive such high acclaim from 4G World, the largest global 4G Expo,” said Dale Sohn, president of Samsung Mobile. “Being recognized by 4G World continues to build on the worldwide success of the Galaxy S II portfolio.”

In addition to the first place win of the Galaxy S II, Epic 4G Touch, the Galaxy S® I with T-Mobile and the Galaxy S® II with AT&T rounded out the entire Best New Mobile Device category with a tie for second place.

The U.S. launch of Galaxy S II has only heightened the success  of the Galaxy S brand all over the world, which Samsung recently announced has achieved a combined total of 30 million global sales, a new record for the Korean company. All three devices are enabled with 4G service for fast connectivity speeds and designed with an ultra-thin form factor and brilliant Super AMOLED™ Plus touch screen display.  The Galaxy S II portfolio is powered by Android™ Gingerbread platform and also features Samsung’s TouchWiz® user interface, providing superior multi-tasking, application management, and customization.

“The Best of 4G Awards recognize leaders in the development and deployment of 4G technologies, which is why we selected the entire Galaxy S II portfolio for the top three spots in the Best New Mobile Device category,” said Kathleen Mitchell, 4G World senior director of marketing. “We are excited to honor Samsung’s innovative design and technology and their commitment to creating 4G-enabled devices.”