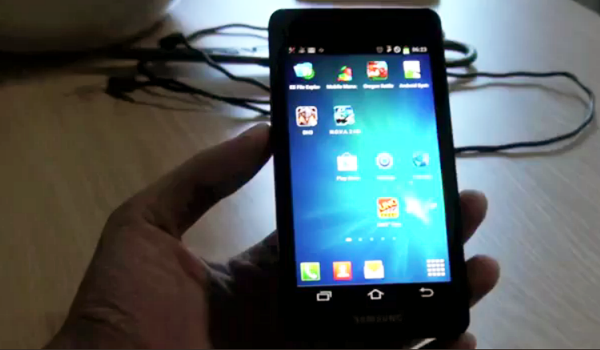 We’re less than two weeks away from Samsung unveiling the Galaxy S III so it should come as no surprise if we were to see a series of rapid leaks. And why not? Someone, somewhere, has to be testing the coveted handset in the wild.  The latest, and perhaps most legitimate, leak seems to indicate that the Galaxy S III is in Vietnam and hiding in plastic shell.

Tech site Tinhte is reporting that they have received a GT-I9300 and even recorded a video to prove it. According to them, the Galaxy S III has a 4.6-inch display with 1184X720p resolution (~320ppi), a 1.4GHz quad-core CPU, Android 4.0.3, 1GB RAM, and 16GB storage.  Additional details include microSD expansion card slot and a 2050mAh battery with NFC support.

Engadget reached out to Samsung to see if they would shed some light on the new details and found the handset maker naturally coy.

“We will be able to tell you more at the 2012 Samsung Mobile Unpacked.”

As excited as we are about these details, we cannot wait to see what Samsung gives us on May 3rd.  If not because of how awesome the phone will be, but because we’re tired of so many rumors hitting the internet.