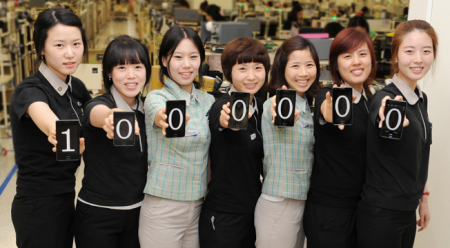 Samsung has gone further to announce that the Galaxy S2 has been their fastest selling device ever. If you are reading this post thinking that you have missed out on this phone, you haven’t.  It’s not available in North America yet (assuming most of our readers are in North America) but we’re hoping for a massive blanket effect similar to the first Galaxy S.  What do you think? Does 1 million units sold in this short amount of time sound cool to you. Leave your comments below or on our Facebook wall.