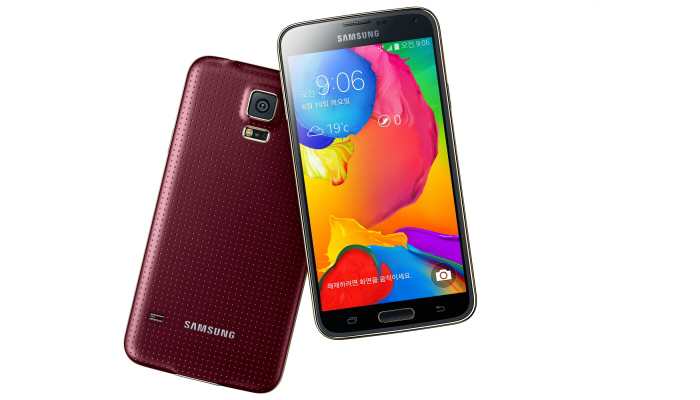 Samsung on Wednesday announced a new version of its Galaxy S5 flagship phone, unwrapping the Galaxy S5 LTE-A. Once known by the name of Galaxy S5 Prime, it’s the first smartphone to feature Qualcomm’s Snapdragon 805 processor which boasts four 2.5GHz Krait 450 CPU cores as well as the Adreno 420 GPU. What’s more, this is also the first device of its kind to offer theoretical download speeds of 225Mbps.

Other specifications boosted in the Galaxy S5 LTE-A include a WQHD (2560×1440) Super AMOLED display and 3GB RAM. Internal storage is listed at 32GB with an option for microSD expansion (up to 128GB), however, much of the other hardware remains unchanged.

If all of this sounds great and has you hoping to pick up the new device you’ll want to temper that enthusiasm. Samsung has, for now, opted to keep this one exclusive to its Korean home market. It is expected that the phone will be offered as soon as June 19 in a variety of colors: Charcoal Black, Shimmer White, Electric Blue, Copper Gold, Sweet Pink, and Glam Red. Reportedly, the price will be 940,500 won (approximately $919 US).