A few hours ago, a render of the Samsung Galaxy S6 Active leaked out and it went live on Samsung’s official website for a brief moment, after which it was taken down. It seems Samsung is ready to make an announcement anytime and is readying to send out the press release. 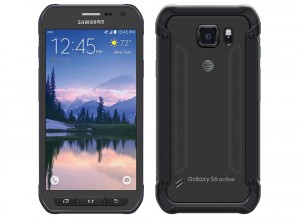 Other specs like 3GB RAM, 32GB internal memory (non-expandable), an octa-core processor, 16 MP rear camera, a 5 MP front-facing camera and a heart rate monitor are common to both the Samsung Galaxy S6 and the S6 Active. It runs on Android 5.0 Lollipop, but we expect it to be upgraded to Android 5.1 soon after release. 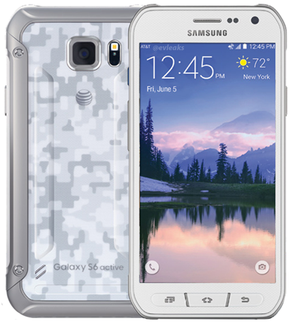 For those of us feeling a little adventurous on the weekends, it comes with a dedicated Active button in the top left of the device. It triggers the Activity Zone app which includes barometer, weather, compass, and S Health information. The button can also be customized to perform other functions, such as taking photos.

There is no word from Samsung or AT&T on the pricing or availability of this device but we should hear about it soon.

Are you looking forward to buy the Samsung Galaxy S6 Active? Let us know in the comments below.