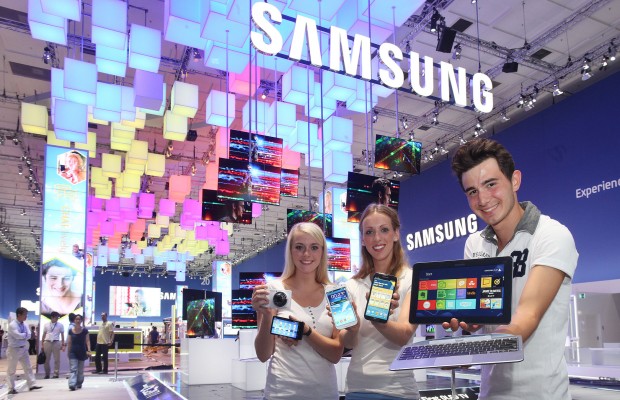 There was a leak few weeks back where we saw the Samsung Galaxy S6 Edge Plus shown briefly in a YouTube video. The leak revealed a slightly larger screen than the Galaxy S6 Edge.

Now, we have gotten a new image on twitter, courtesy of OnLeaks, that shows what purportedly looks like a press image of the Samsung Galaxy S6 Edge Plus. Although, the new render doesn’t look any different from the Galaxy S6 Edge, except for maybe a bigger screen and upgraded specs.

Rumored specs of the Samsung Galaxy S6 Edge Plus include a 5.5-inch display, but with the same resolution as the Galaxy S6 Edge. The dimensions of the handset are reported to be 154.45 x 75.80 x 6.85mm, which makes for a very sleek and slim device. Apart from this, the only other change believed to be is the use of Snapdragon 808 processor instead of an Exynos 7420.

The Samsung Galaxy S6 Edge Plus isn’t expected to break the ice before 2015 Q3, which makes it a probable contender to be revealed at IFA 2015 in September, alongside the Galaxy Note 5.