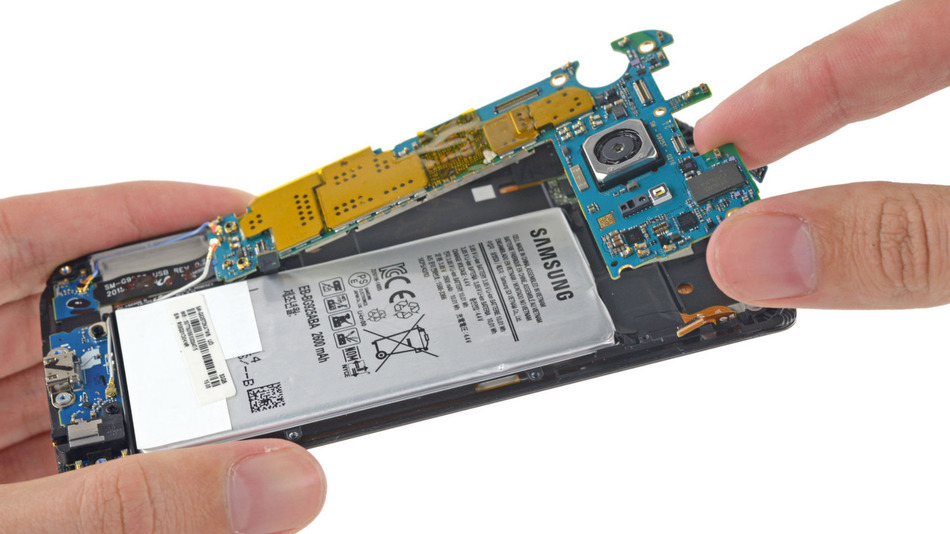 Thinking about buying a Samsung Galaxy S6 Edge? Are you really into repairing your own devices? If so, you may want to rethink the S6 Edge as your next device. iFixit recently gave Samsung’s dual-edge curved glass flagship a 3 out of 10 repairability score. The S6 has had a lot of buzz attached to it. It’s an incredibly sexy device. Samsung reported that out of the 20 million pre-orders for the S6 family of phones, about a third of them were for the S6 Edge. With demand being high for this phone, it only makes sense that the demand for repairs will also be high. Samsung has reportedly had issues with the production of the curved glass of S6 Edge.

This is where the issues start when you try to repair the S6 Edge. Glass on both the front and back of the device has made it very easy to crack the device when you begin to tear it down. According to iFixit, replacing the glass without completely wrecking the display components is nearly impossible. Now you’re probably thinking, what about the battery? That too is connected to the display. In fact, it is directly glued to it. Replacing the battery without affecting the display seems like a no go; moreover, this is not your only issue with the battery. iFixit also reports that the battery is “buried beneath the midframe and the motherboard.” Yikes.

It’s not all doom and gloom for the S6 Edge. The two positive takeaways for a DIY repair have to do with most components; they are modular. Unlike other Galaxy variants you can replace parts individually. Also, unlike other Galaxy phones, you do not have to remove the display to replace/repair the system board. What do you think? Will this low repairability score keep you from making the S6 Edge your next device?