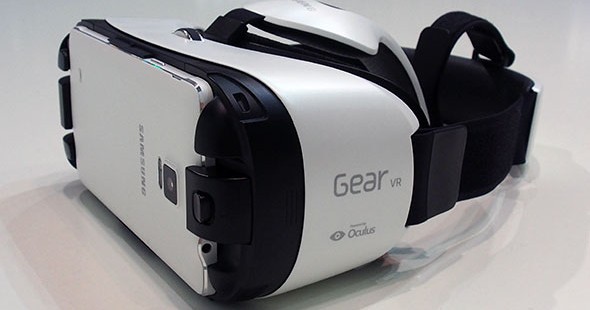 Best Buy is now accepting pre-orders for the Samsung Galaxy S6 Gear VR Innovator Edition.  The Gear VR does not come cheap at $249.99, especially considering you can buy Google’s Cardboard for less than $20 which pretty much does the same thing as Samsung’s accessory.  Fortunately, the Galaxy S6 Gear VR will fit both the standard Galaxy S6 as well as the Galaxy S6 Edge and it will arrive in stores on May 8.  The Gear VR Innovator Edition comes with a built-in fan to help keep your head cooler, but that is quite an expensive fan.  I’m a huge fan of Samsung, but the price of this accessory is rather obscene.

Will you be getting the Galaxy S6 Gear VR Innovator Edition or Google Cardboard?  Let us know in the comments section below.