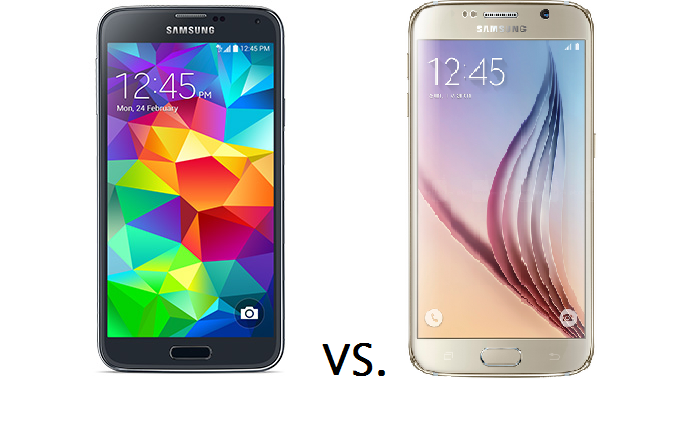 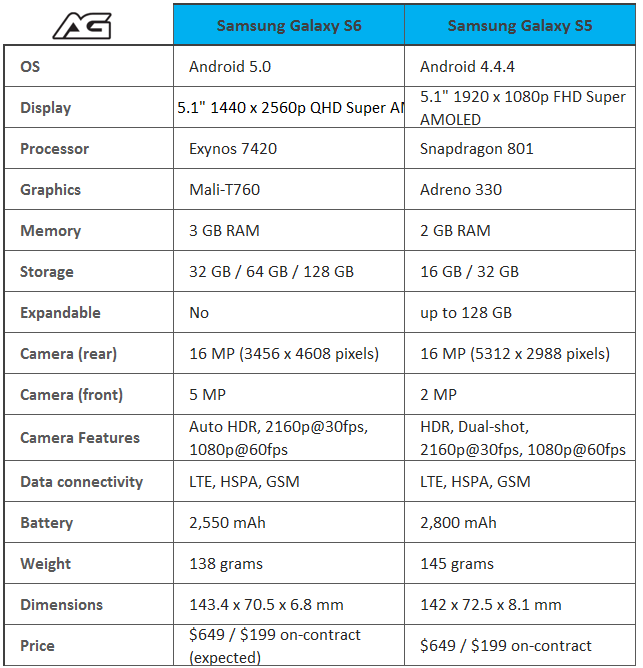 The wraps are off Samsung’s new flagship phone, the Galaxy S6, and here it is compared to last year’s Galaxy S5. We’re looking at an increase in resolution with the same 5.1 inch screen size, from full 1080p to Quad HD 1440p. Samsung has also chosen to ditch the Snapdragon processor in favor of their own Exyos chip, which is an octa-core chip with one quad-core at 1.5 GHz Cortex-A53 and another quad-core 2.1 GHz Cortex-A57.

The camera experience has improved too, with Samsung claiming the low-light performance is much better than its other phones and the iPhone 6. Camera specs for the S6 include a 16 MP sensor, f/1.9 aperture, Smart Optical Image Stabilization, real-time HDR, and LED flash compared to the S5’s 1/2.6” sensor size, and the front camera includes a 5 MP sesnor and  f/1.9 aperture.

Battery size has shrunken in the Galaxy S6 in favor of a slimmer body. This may anger many Samsung fans, but Samsung has made many software optimizations with the S6 and has included quick charging capabilities, giving the S6 four hours of use with only 10 minutes of charging.

It’s also worth mentioning that the Galaxy S6 is not waterproof or dust proof, unlike the older Galaxy S5.