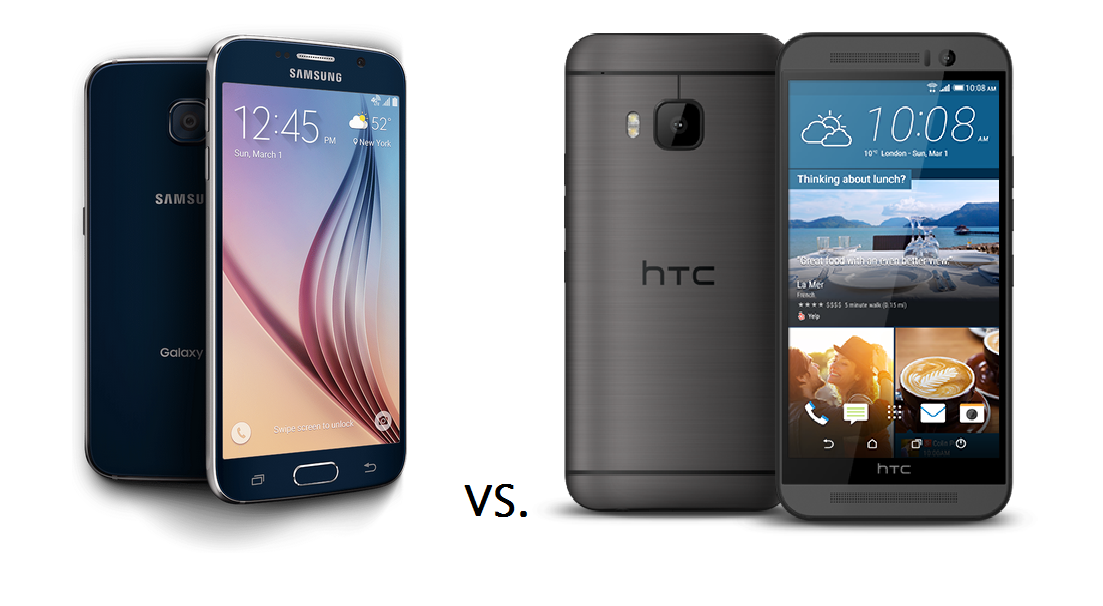 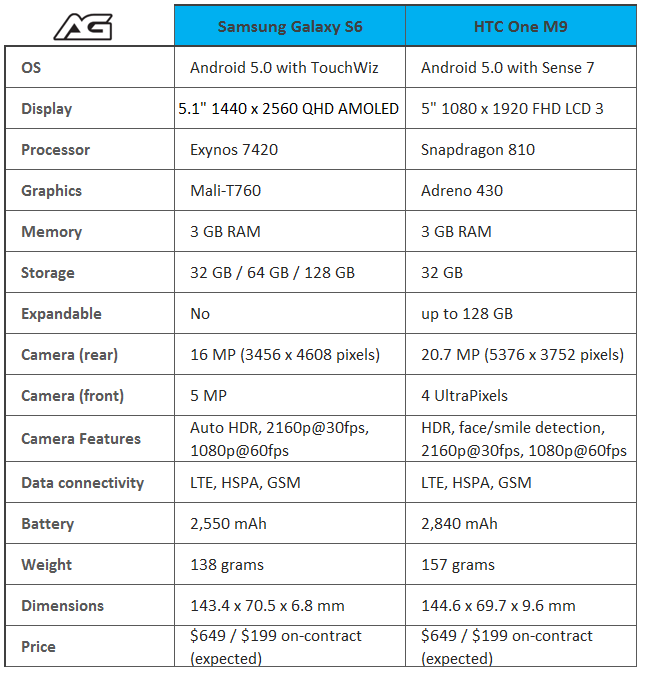 Samsung and HTC are going head-to-head today, both with devices that shine and fall short in some places.

While both powered by Android 5.0, Samsung puts its TouchWiz software overlay on top, this year with a cleaner and lighter design that they emphasized has “zero lag”. HTC has integrated their Sense 7 into Android with an improved home screen that gives the user much more customization options, such as changing the way icons look, which has only been done by third-party launchers.

In terms of processor used, this is a battle of Samsung’s in-house Exynos chip versus Qualcomm’s widely used Snapdragon series. Both chips are capable of 64-bit processing and include 8 cores inside them.

Samsung has decided to shrink the battery in the S6 to 2,550 mAh compared to their 2,800 battery last year. HTC has improved with a 2,840 mAh battery, that they promise will give the user 21 hours of talk time. Samsung has promised they have made many optimizations to the software, and have included quick charging capabilities that give the S6 four hours of use with only ten minutes of charging time. The One M9 also has QuickCharge 2.0, for 60% of battery charge in 30 minutes.

An honorable mention is the phones’ speakers. Samsung has confirmed the S6 will has 1.5x clearer and louder speakers than their S5, and HTC has improved Boomsound once again to stay king of the speakers department with Dolby 5.1 surround.

So, do either of these two announcements make you want one or the other? Let us know in the comments!