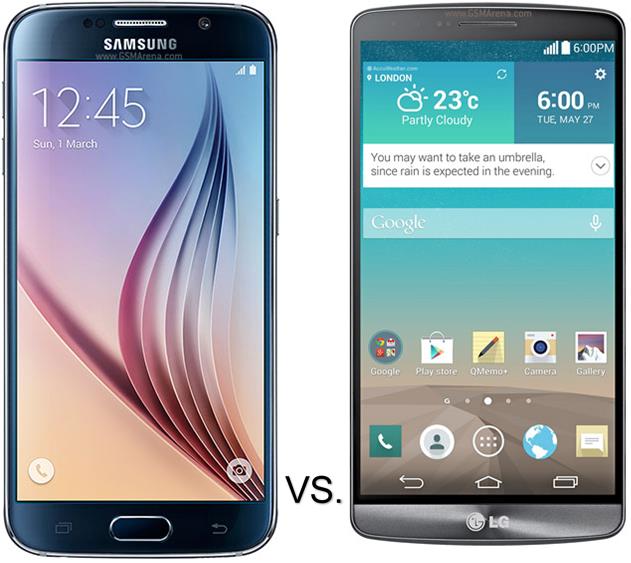 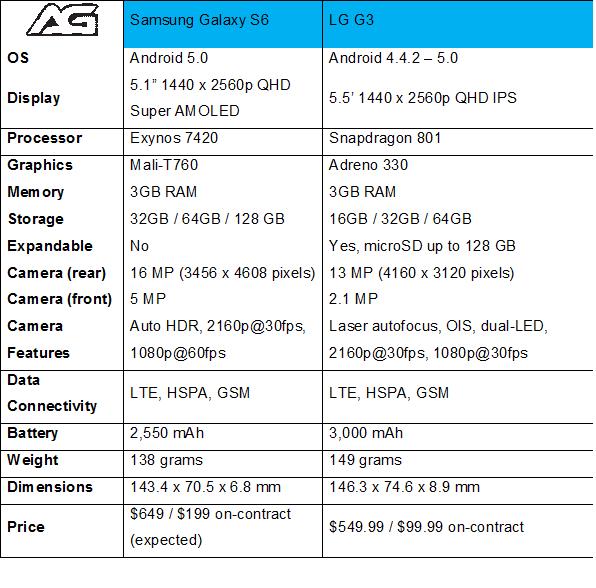 Examining the specs, it can definitely be said that LG did a great job in future proofing its G3. Many details are near identical despite the fact that the G3 is eight to nine months old.

Sure, the Samsung Galaxy S6 has a better processor, graphics, and cameras. However, the G3 has a larger battery, a larger display, a microSD card slot, and a cheaper price point.Of course, this is all just on paper. The S6 could be a device noticeably more optimized for performance, especially since it is brand new.

In my opinion, there is no wrong option here. While the lack of expandable storage is not a problem for some, considering the storage options for the G3, there are those who prefer to have it (For example, users who like to use more than one microSD card and frequently swap). For those people who need their device to act as a player for this sort of setup, they should consider the G3 more so. If that’s not an issue, which I expect to be the case for most, then choose which experience you prefer. Touchwiz and Optimus UI both are featured packed user interfaces, but should you desire a fingerprint scanner or the quicker charging capability of the two devices for example, consider the S6 more so. The S6 will get four hours of battery use from just 10 minutes of charging. It should also be noted that neither device is waterproof or dustproof.