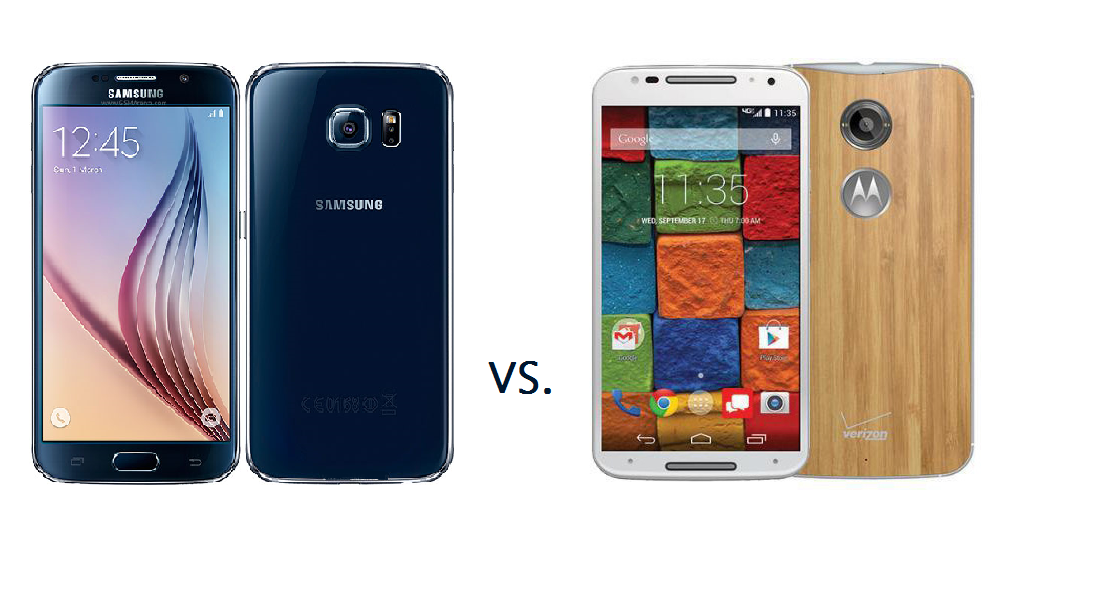 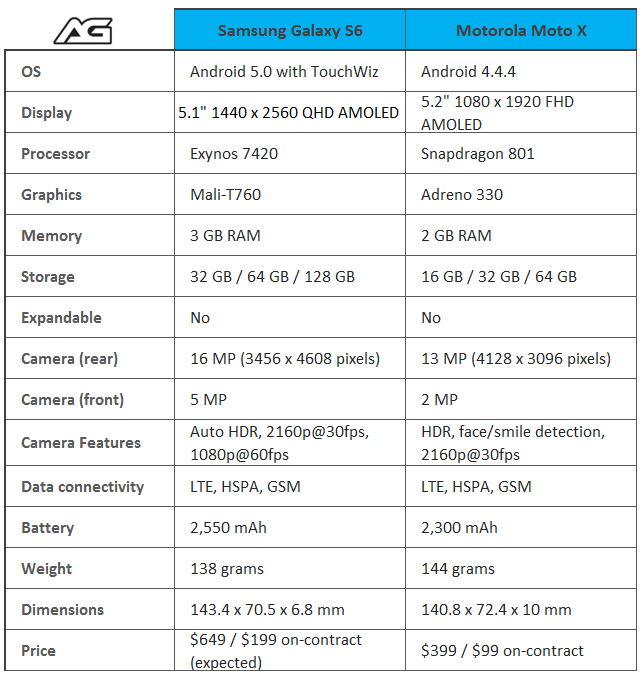 The Galaxy S6’s spectacular new screen boasts a QHD screen with 577 ppi, dominating the Moto X’s 1080p screen of 424 ppi. The Moto X’s screen still looks fantastic nonetheless and Motorola has taken full advantage of AMOLED technology with Active Display and off-screen notifications, as Samsung apparently has with the S6.

Samsung is using their own Exynos chip to power the S6, which beats the older Snapdragon 801 chip found in the Moto X in terms of speed and 64-bit capabilities, but Motorola has done a fantastic job optimizing their processor to make the Moto X one of the snappiest phones on the market.

It’s easy to say that the Galaxy S6 beats the Moto X in terms of camera performance, with the new Moto X under-performing even compared to 2014 flagships.

Both of these phones are capable of quick charging, with the Moto X capable of charging up to 80% in 15 minutes, and the Galaxy S6 “giving you four hours of use in a 10 minute charge” according to Samsung’s announcement.

Both of these phones use metal materials on the frames, however Motorola allows you to choose which type of back you want, ranging from leather, wood, to about all the colors on the rainbow for plastic.

Like many flagships in 2014, the Moto X is water resistant, even though submersing the device for a long period of time is not recommended. The Galaxy S6, strangely enough, is not.

Neither phones offer expandable memory or removable batteries, and the Moto X offers one front facing speaker above the screen while the Galaxy S6 speaker is located on the bottom of the device.