[dropcaps]T[/dropcaps]here have been previous rumors suggesting that the Galaxy S7 could have an always-on display like we have seen in devices like the Nexus 6P and Moto X, and we’ve touched upon these rumors in our Galaxy S7 roundup.

These rumors gained even more traction when Samsung filed a patent for an always-on display only last week, and such speculation just received another bump with a rather odd discovery. If you look in the Samsung Theme Store after your Galaxy device is upgraded to Marshmallow, there is a theme called “Cuzko”, which seems to provide an always-on display feature, showing a black background and white notifications. 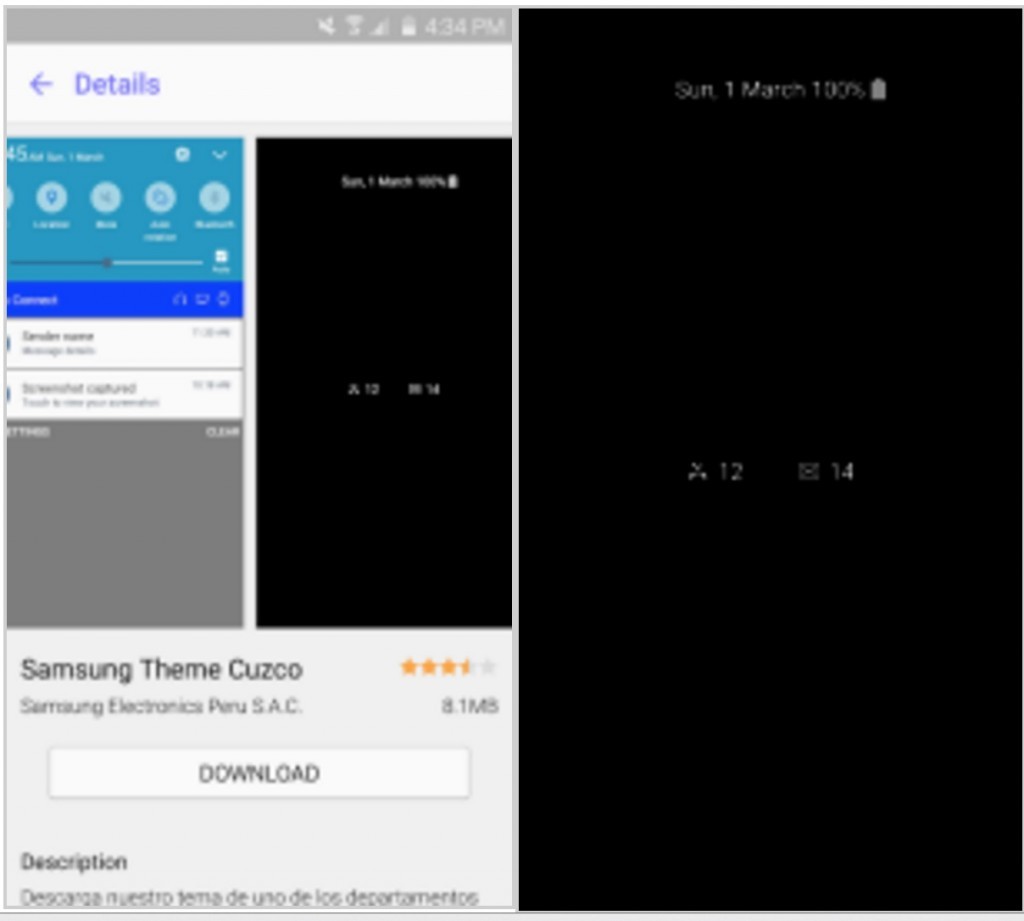 It could be that this theme is hooking into software features that would allow the always-on display of the Galaxy S7 to have the ability to do so without dedicated hardware support. As such, an always-on display could be made backwards compatible with older Galaxy devices, which is perfect for those who are happy with their Galaxy S6.

Whilst this is no means concrete evidence that the Galaxy S7 will in-fact come with an always-on display, this theme in the Samsung Theme Store is clearly able to simulate such a feature without dedicated hardware so it will be interesting to see how and if Samsung implement the feature when the device is revealed at MWC 2016 in a few days time.