If you’re like everyone here at AndroidGuys, you’re excited beyond words about this year’s new flagship devices from our favorite manufacturers. The new Samsung Galaxy S7 and S7 Edge look to once again raise the bar for what we can come to expect from Samsung’s devices.

The Samsung Galaxy S7 and S7 Edge look to be heavy contenders for your hard earned dollars this year. Rightfully so, as the phones pack an always-on display, state of the art cameras, water and dust resistance, attachable lens covers, and more.

To make your decision to buy an S7 device even more exciting, Samsung is also offering a free Gear VR headset for those who pre-order. 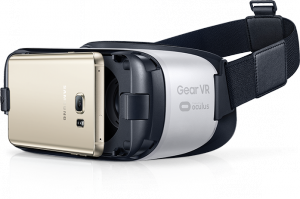 So the question remains: Where and when can I get one? See below for details:

Cricket Wireless will carry the Galaxy S7 in over 3,800 of its retail locations and online. Pricing and availability are to be announced in the near future. No further details are available at this time. You can visit Cricket’s website here.

T-Mobile will offer the Galaxy S7 in Black Onyx and Gold Platinum for a full retail price of $670 with equipment pricing at around $28 per month. The Galaxy S7 Edge (Black Onyx, Silver Titanium and Gold Platinum) comes in higher at $32.50 per month for a total cost of $780. Customers who pre-order as soon as February 23 will receive a free Samsung VR, a 6-game Oculus bundle and a year of Netflix at no additional cost.

We will continue to update this list as more details become available.

Are you planing to pick up an S7 or S7 Edge? What are you most excited about? Let us know in the comments below. Be sure to check out our in-depth article for the Galaxy S7 and S7 Edge, here.