Whenever a new Samsung flagship is announced, we expect to see a rugged version with the “Active” moniker released. However, that hasn’t been the case yet in 2017, but we are learning more information about the Samsung Galaxy S8 Active. 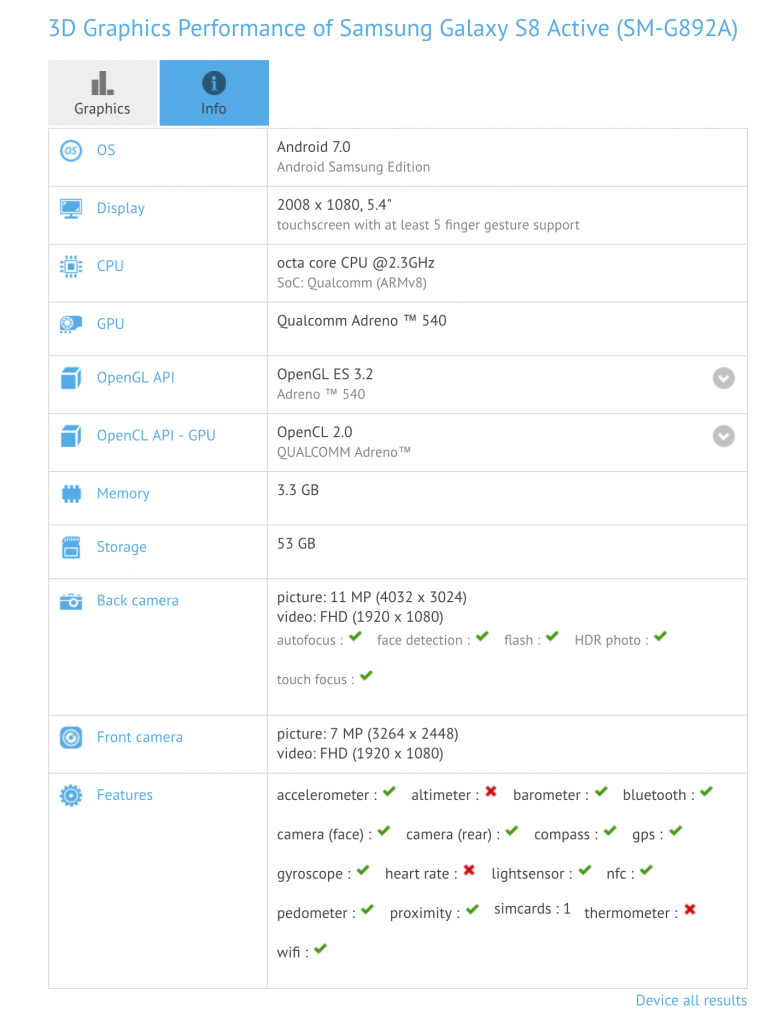 Previously, there have been references on Samsung’s own website for the device, but now the device has passed through GFXBench. With a model number designation of SM-G892A, the device clocked in with the following specs:

The first question that you’ll likely have is regarding the display size and resolution. The 2008 x 1080 pixel resolution equates to an aspect ratio of 16.7:9, which lines up more with the Galaxy S7 Active and not the new aspect ratio found in the Galaxy S8 lineup.

This may be due to the nature of Samsung providing a flat Infinity Display, versus the curved option found on its 2017 flagship lineup. However, it’s also possible that the GFXBench results simply misreported the screen resolution.

Regardless, it’s already known that the Galaxy S8 Active will be made available through AT&T exclusively. But, we’ll have to wait to see more information regarding what the design will look like.

Let us know what you think about the Galaxy S8 Active and if you’ll be looking to pick one up for yourself once it’s made official.