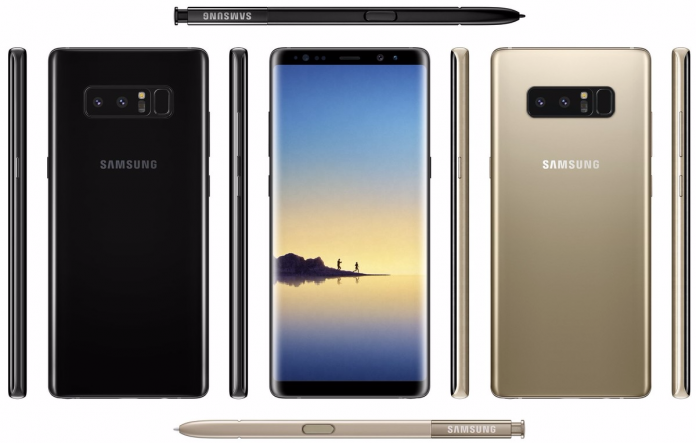 Shortly after the Galaxy Note 8 renders were leaked, we are now treated with the final specs for the device.

Coming again courtesy of Evan Blass (@evleaks), the full specs of the Note 8 can be seen ahead of the August 23 event due to be hosted in New York City.

The device will have a 6.3-inch SuperAMOLED display that makes it only slightly bigger than the Galaxy S8+. The corners however are more squared off and features a 1440 x 2960 resolution that equates to a 18.5:9 aspect ratio. This means as far as physical dimensions goes, the Note 8 will be 162.5mm x 74.6mm, with an 8.5mm thickness.

The Note 8 will be powered by Samsung’s own Exynos 8895 system-on-chip globally, but Qualcomm’s Snapdragon 835 in the U.S. The Note 8 is getting a RAM boost to 6GB coupled with 64GB of internal storage.

In addition, the device will have two rear cameras both featuring 12-Megapixel sensors. The primary wide-angle lens has an f/1.7 aperture and dual-pixel autofocus, while the telephoto lens is f/2.4 and enables a 2x optical zoom. Both lenses are optically stabilized. The front facing camera features an eight-megapixel sensor and an f/1.7 autofocus lens.

This is all powered by a 3300mAh battery and is recharged using USB Type-C.

The device will be around €1,000 in Europe when it starts to ship in September.