The Samsung Galaxy S8 and Galaxy S8+ launched with Android 7.0 Nougat out of the box, albeit Android 7.1 being available at the time.

However, given the fact that the two phones are yet to start shipping, their software status could change until they get officially launched. Sam Mobile uncovered evidence pinpointing to the Galaxy S8 and Galaxy S8+ getting updated to Android 7.1 soon. The publication discovered the latest updates to Samsung Health and Samsung Game Tuner apps, as they appear on rehosting website ApkMirror seem to be targeting Android 7.1 and not Android 7.0. 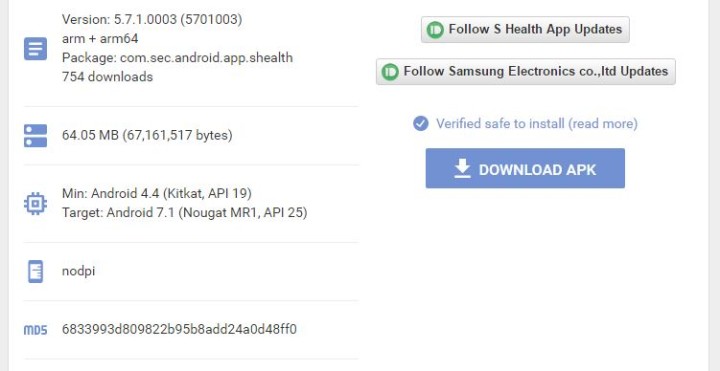 Due to the fact that Game Tuner is currently available only on Samsung models and none of the Korean tech giant’s phones run Android 7.1 just yet, it can be speculated that the Galaxy S8 maker is currently in the process of testing the new build. Game Tuner’s changelong for the newest version even mentions the added Galaxy S8 / Galaxy S8+ support.

On the other hand, the Samsung Health app is available on other devices as well, so the company might just be looking to boost compatibility with Android 7.1-touting devices.

All we told you so far is just pure speculation at this point, so don’t take it as a given. But since Android O is still months away form being released, it’s quite unlikely Samsung will keep Galaxy S8 and Galaxy S8+ running on such an outdated build (Android 7.0 Nougat currently has 7 months). Google has released the Android 7.1.2 update for its Pixel and Nexus devices, so this option might also be in the cards.