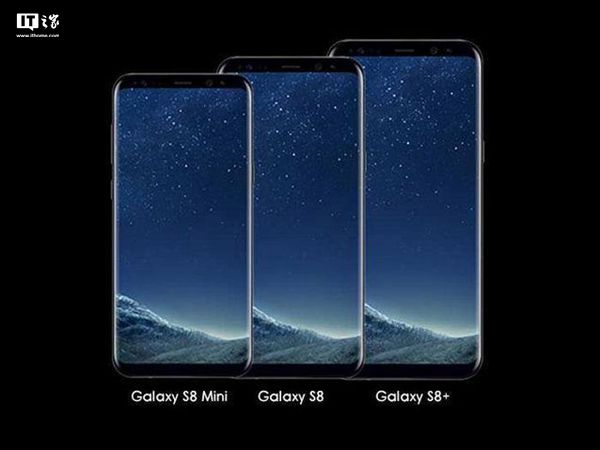 It might be a coincidence but just a few days after more info about the upcoming LG Q6 (aka the LG G6 mini) leaked online, we’re now hearing that Samsung is also gearing up to launch a Galaxy S8 mini model.

A few years ago, it was customary for companies to launch “mini” versions of their flagships, but the trend faded in recent times. Now it seems that Samsung and LG are looking to bring it back.

According to Chinese website IT Home, Samsung is prepping a new Galaxy S8 model with watered down specs.

The report mentions the phone will come with a smaller 5.3-inch panel and extra wide 18:9:5 ratio which will make it feel like a 4.7-inch device. However, it seems like the phone won’t have super slim top and bottom bezels like the Galaxy S8.

We’re also told the device will probably come equipped with a Snapdragon 821 processor (the same chipset the LG G6 relies on), as well as 4GB of RAM and 32GB of internal storage.

The phone is said to be taking advantage of the same primary 12-megapixel camera we saw on the Galaxy S8. The product could also end up being released with an iris reader onboard, although we’ll have to wait and see.

At this point, we don’t know anything about when Samsung plans to unveil the new model, but given that the Galaxy S8 mini hasn’t been confirmed at this point we advise you to take the report with a grain of salt.