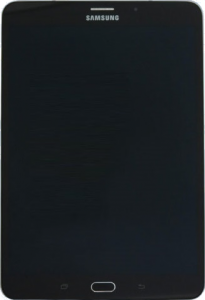 Talking about hardware specs, it looks to run on a 1.9GHz octa-core CPU (probably an Exynos 7420), 3GB of RAM, and 16GB of internal memory (expandable up to a 128GB). It sports an 8MP main shooter and a 2MP front-facing camera. Connectivity wise, the tablet shows support for LTE networks.

According to the certification, the Galaxy Tab S 2.0 runs on Android 5.0.2 Lollipop but we can likely expect Android M (or whatever it will be called) at the time of launch. Of course nothing can be said until Samsung officially announces it. We can expect it to be available in two screen sizes of 8.0 and 9.7 inches later this year.

Check out the image gallery below. It might not look like much in the images, but then again we know devices look much better in reality than in TENAA’s pictures.