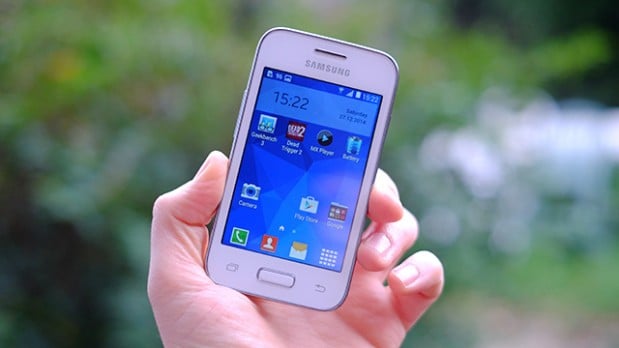 Many smartphone leaks have been piling up in recent months. All have been pretty high spec’d phones coming from famous brands. Well, today comes a brand new leak, this one courtesy of Samsung. An entry-level Samsung smartphone, the SM-G150 (this is the model number, not the actual name of the device) has started popping up in various places.

Samsung’s SM-G150 has shown up in IMEI listings, Bluetooth certifications and recently it was seen on Zauba import/export tracking site as being sent to India for testing. We know that the Samsung Galaxy Young 2 carried the model number SM-G130, and considering the model number of this leak is SM-G150, it can be safe to assume that this phone will be called the Samsung Galaxy Young 3.

The Samsung Galaxy Young 2  was released in October of last year and featured a 3.5-inch 320×480 display, 512MB of RAM with a 1Ghz single-core CPU. While not much can be expected from the upcoming Samsung Galaxy Young 3, it will mostly feature some upgraded specs like a bigger display, more processing power and RAM, a better camera all running on Android Lollipop hopefully.