Samsung on Tuesday announced the full details, pricing, and availability of its latest foldable phone, the Galaxy Z Fold 2. Expected to launch on September 18, it will be available from AT&T, T-Mobile, and Verizon.

The Samsung Galaxy Z Fold 2 steps things up across the board, building on what worked and re-approaching those that didn’t work in the first model.

The outer display is much larger now at 6.2-inches, having grown from 4.6-inches in the predecessor. Moreover, it has Gorilla Glass Victus protective coating to keep it safe.

The inner display is also a bit bigger as Samsung has found a way to shrink the bezel. It, like the Galaxy Z Flip, has Samsung’s proprietary Ultra Thin Glass coating. This screen supports up to 120Hz refresh rate.

Both displays house punch hole cameras; a 10-megapixel camera is found on each side. The rear has three additional cameras (a standard, wide, and telephoto), all of which are 12-megapixels.

The phone runs Android 10 and draws power from a Qualcomm Snapdragon 865+ processor with 12GB RAM and 256GB storage. The Galaxy Z Fold 2 includes support for sub-6 and mmWave 5G connectivity. 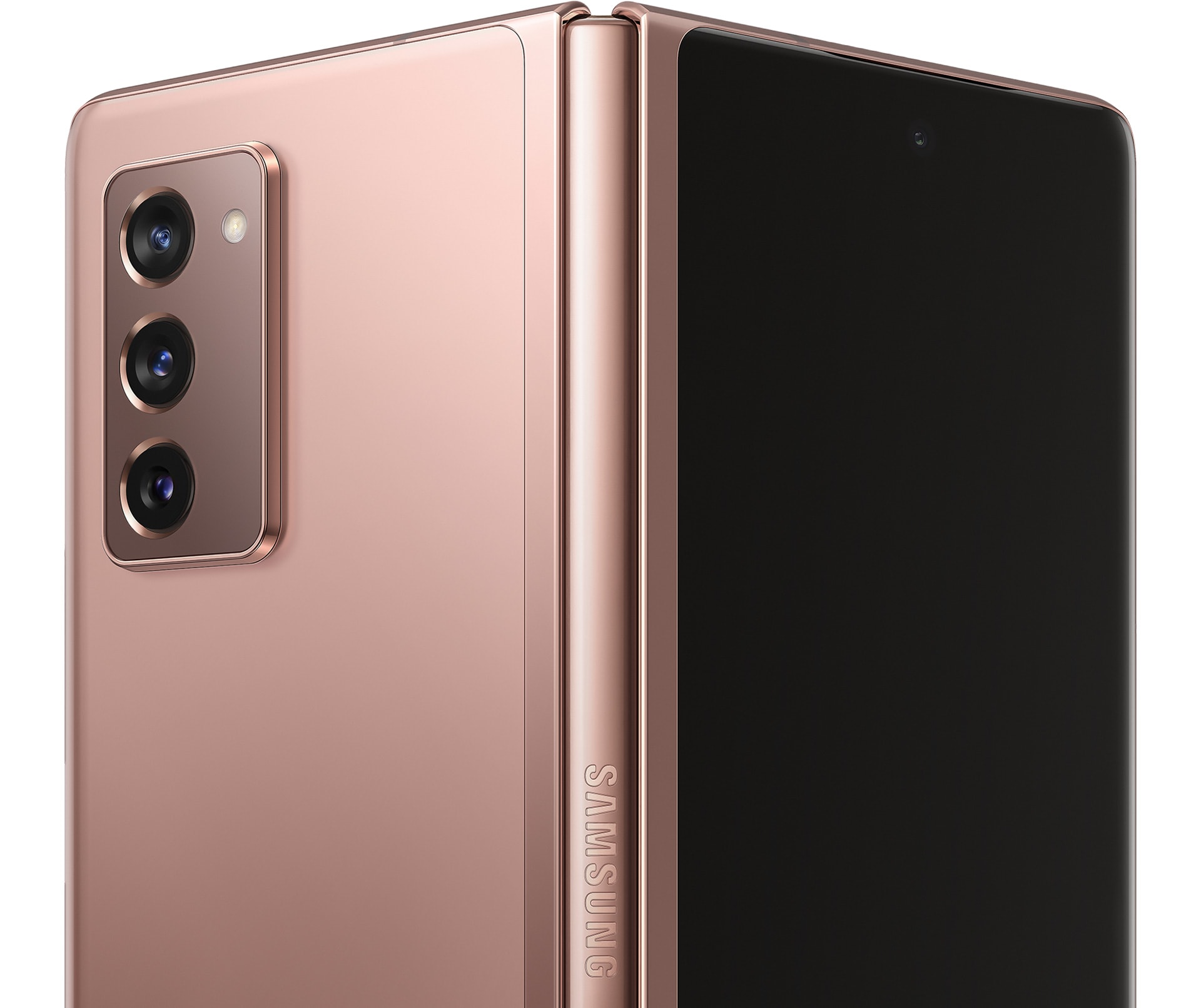 When it comes to the Galaxy Z Fold 2 it’s not entirely about the hardware. Indeed, Samsung has also refreshed its Galaxy Z Premier Service. This includes on-demand concierge support so it’s easier for connecting with product experts, setting appointments, and learning more about their device.

On the software front, the Galaxy Z Fold 2 includes Flex Mode which shows a different interface in select apps based on whether it’s full or half-folded. This mode is helpful for the camera, for example, as you can use the phone as its own support.

The Dual Preview feature in the camera app shows a viewfinder on both screens, so the photographer and subject can preview the photo in real time.

Auto Framing lets you place the Galaxy Z Fold 2 down to start recording video; the camera will automatically track and zoom as you move about.

The revised App Pair lets users launch up to three apps at one time in a custom side-by-side multitasking layout.