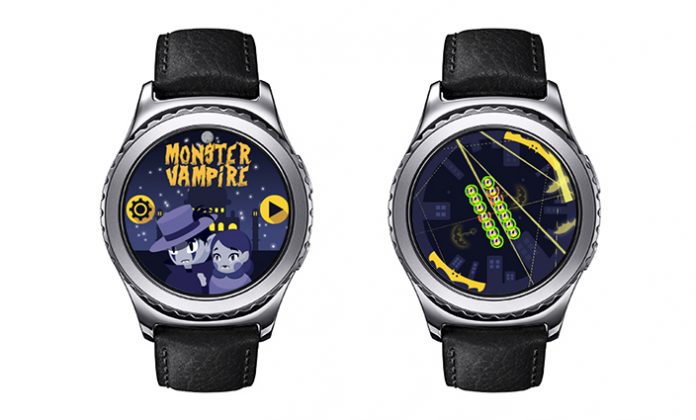 Have a Gear S2 smartwatch lying around somewhere? Then you’d better take it out now. Samsung is currently pushing the Gear 2 Value pack update which brings a ton of goodies and new features imported from the new Gear S3.

The update will bump up the watch to Tizen version 2.3.2.1. Expect it to weigh around 133MP and become available worldwide in the upcoming weeks. Although Samsung has started rolling it out for major markets today.

Update your Gear S2 and you now get to use the Reminders app and Anti-Barometer app, two apps that were exclusive to the Gear S3, up until now. What’s more, users can now use the rotating bezel to do much more like taking or rejecting a call or dismissing alarms and other notifications.

Do you like to scribble on your watch? Done! With the new update, Samsung adds Handwriting Mode supports. Wearable owners can now write with their finger in English, Korean and Chinese and not have to wait for each word to be converted into text. Users can also sketch, send fun emojis or dictate messages.

Did you acquire the Gear 2 due to its health-centric capabilities? Well then you’ll be glad to know that S Health has been updated to automatically detect more activities like walking, running, cycling, elliptical or dynamical workout.

The Samsung Gear 2 might even come in handy in a life-threatening situation, as the wearable is capable by sending out a SOS message by pressing the Gear 2 home button three times. The watch will send the Gear 2 owner’s location to emergency contacts via Glympse.

Do you love playing on your smartwatch? Now users can download up to 100 titles from the Galaxy App store including the new Monster Vampire and Stack.

Go get your Gear 2 and check it for notifications.