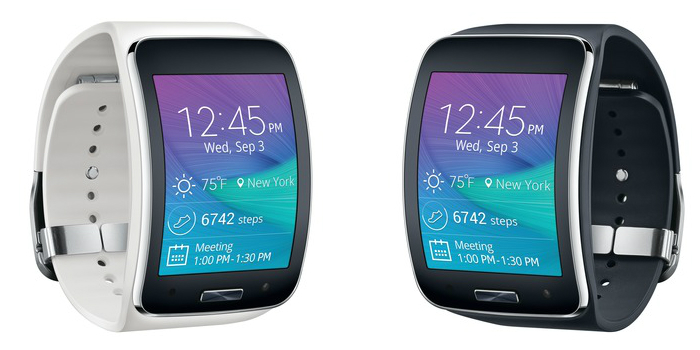 Samsung on Thursday announced the standalone 3G smartwatch experience that is the Gear S will soon be available in the United States. Set to touch down as early as Friday, November 7, the watch will be offered across a variety of carriers in both black and white. The big four providers are in line: AT&T, Sprint, T-Mobile and Verizon as are retailers like Best Buy. Pricing and exact timing will be shared by respective carriers. Update: check below for details.

As a reminder, the Gear S features a 2-inch 480×360 display, 4GB internal storage, and a 300mAh battery. Powered by a 1GHz dual-core processor and 512MB RAM, the Samsung wearable is capable of making phone calls and receiving emails and messages without need of a smartphone. Pair some headphones to this guy and go for a run knowing you’ll still be accessible.

The full retail price is listed at or around $350.