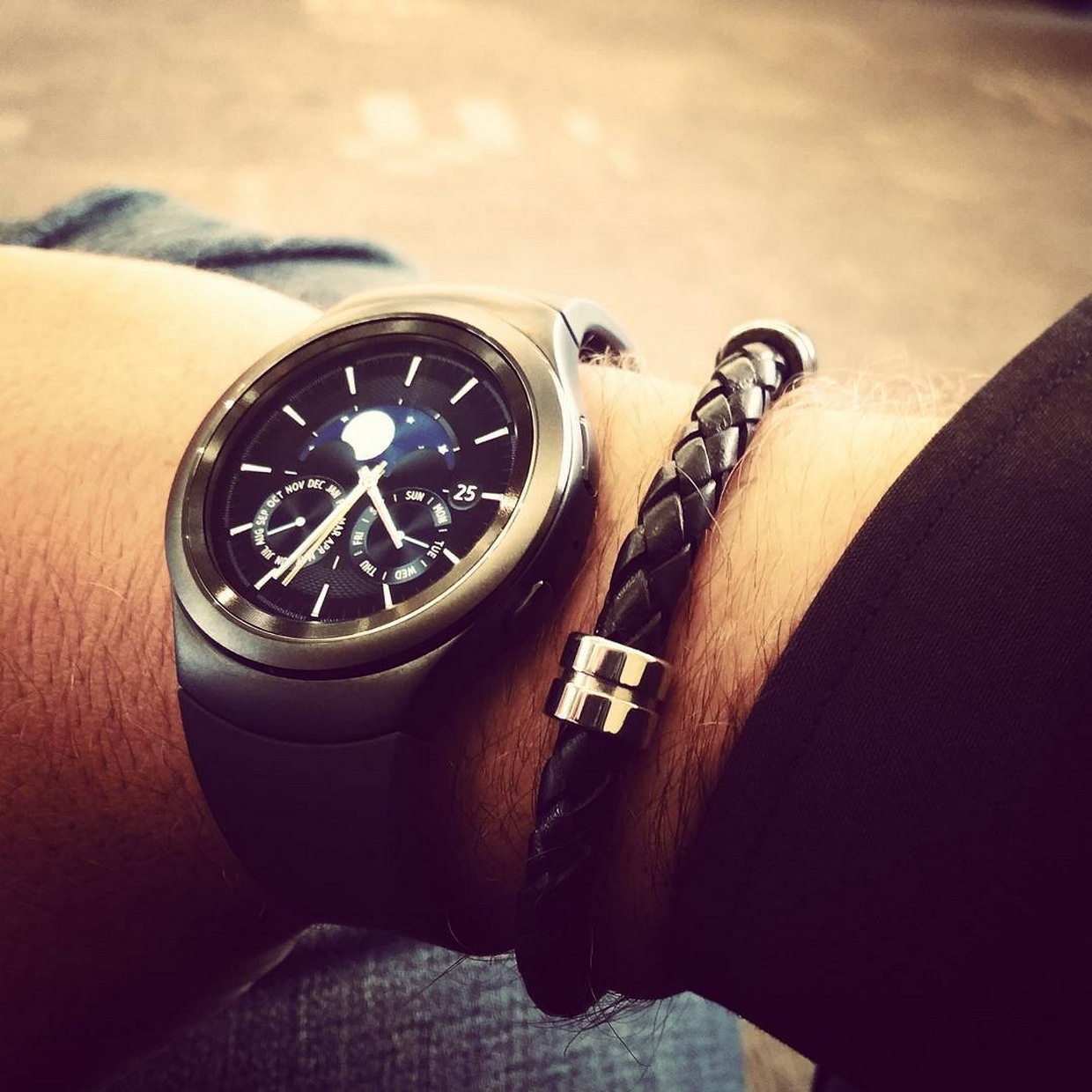 We’re hot off the reveal of the Gear S2, Samsung’s newest smartwatch, at IFA 2015 in Berlin. The new offering from Samsung is not an Android Wear offering but rather runs on Samsung’s own OS, Tizen. Even though that’s a bit of a disappointment, it will still work with your Android phone. Many are lauding it for it’s great looks and wondering when they can get their hands on it.

We may have just gotten our first piece solid info.

In a Samsung Electronics America (SEA) training video, October 2nd is the release date given for the Gear S2. At about the one hour and 55 minute mark of the video, the presenter reveals that the bluetooth only version of the new Samsung smartwatch will be coming to Verizon, AT&T, T-Mobile and U.S. Cellular on October 2nd. Sprint is not mentioned as one of the carriers offering the watch and it’s not stated whether the country’s fourth biggest carrier will pick it up later.

If you want the 3G variant of the Gear S2, you’ll be able to pick it up about a month later, on November 6th, but no details were given as to which carriers will offer it for sale. T-Mobile and Verizon have perviously stated that they’ll sell it but have not confirmed when they plan to do so nor how much it will cost.