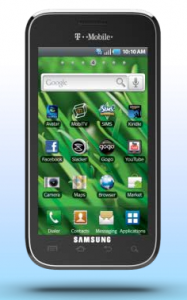 The situation of how and when updates are pushed to phones is, and always has been, a hot topic in the world of Android.  And right now, no series of phones is a hotter topic than the Galaxy S phones. When will the various devices see their Android 2.2 update with Flash and all the great stuff that comes with it?  Picture a snowball rolling down a hill, getting bigger by the moment and you’ll have an image of the growing hostility over the situation. Just what the heck is going on over at Samsung?

Someone reporting to be from the inside of Samsung has taken to XDA to share a few details.  This source fills in a few blanks as to what goes into the various types of updates one might see on their Android phone. As he/she explains it, the withholding of the update is “largely political one, not a technological one”.

There are three types of updates that can hit Android phones: critical , maintenance, and feature.  Here are the differences.

When a carrier decides to sell a phone, a contract is usually written between the phone manufacturer and the carrier. In this contract, the cost of updates (to the carrier) is usually outlined.

I wanted to paraphrase the source and give you bullet points as to what’s going on, but honestly, it’s better if you read it as it’s written.  It’s altogether, sad, scary, and unfortunate.

In the past, most phone updates would mainly consist of critical and maintenance updates. Carriers almost never want to incur the cost of a feature update because it is of little benefit to them, adds little to the device, and involves a lot of testing on the carrier end. Android has changed the playing field, however – since the Android Open Source Project is constantly being updated, and that information being made widely available to the public, there is pressure for the phone to be constantly updated with the latest version of Android. With most manufacturers, such as HTC, Motorola, etc. This is fine and considered a maintenance upgrade. Samsung, however, considers it a feature update, and requires carriers to pay a per device update fee for each incremental Android update.

Now, here’s where the politics come in: most U.S. carriers aren’t very happy with Samsung’s decision to charge for Android updates as feature updates, especially since they are essentially charging for the Android Open Source Project’s efforts, and the effort on Samsung’s end is rather minimal. As a result of perhaps, corporate collusion, all U.S. carriers have decided to refuse to pay for the Android 2.2 update, in hopes that the devaluation of the Galaxy S line will cause Samsung to drop their fees and give the update to the carriers. The situation has panned out differently in other parts of the world, but this is the situation in the United States.

Some of you might have noticed Verion’s Fascinate updated, but without 2.2 : This is a result of a maintenance agreement Samsung must honor combined with Verizon’s unwillingness to pay the update fees. In short, Android 2.2 is on hold for Galaxy S phones until the U.S. carriers and Samsung reach a consensus.

Now, bear in mind that this is in no way an official endorsement from Samsung.  The current company line is much different and paints a more optimistic appraisal.

file:///K:/Music/
Note: Select outbound links may include affiliate tracking codes and AndroidGuys may receive compensation for purchases. Read our policy.