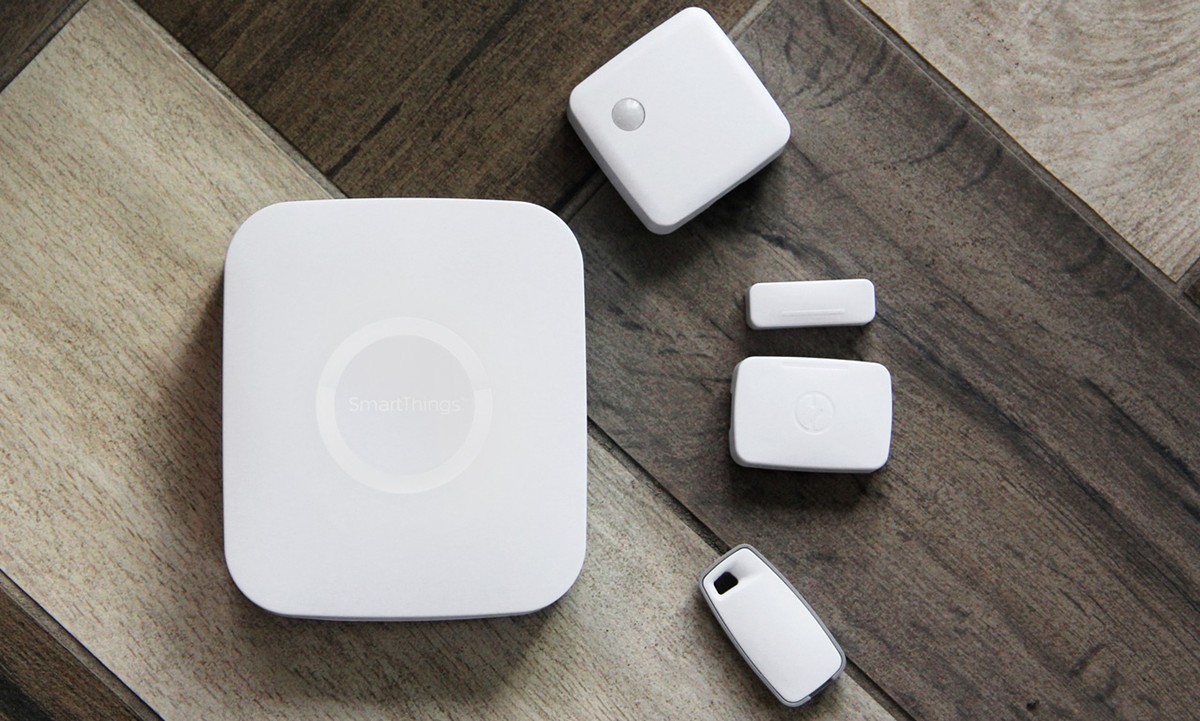 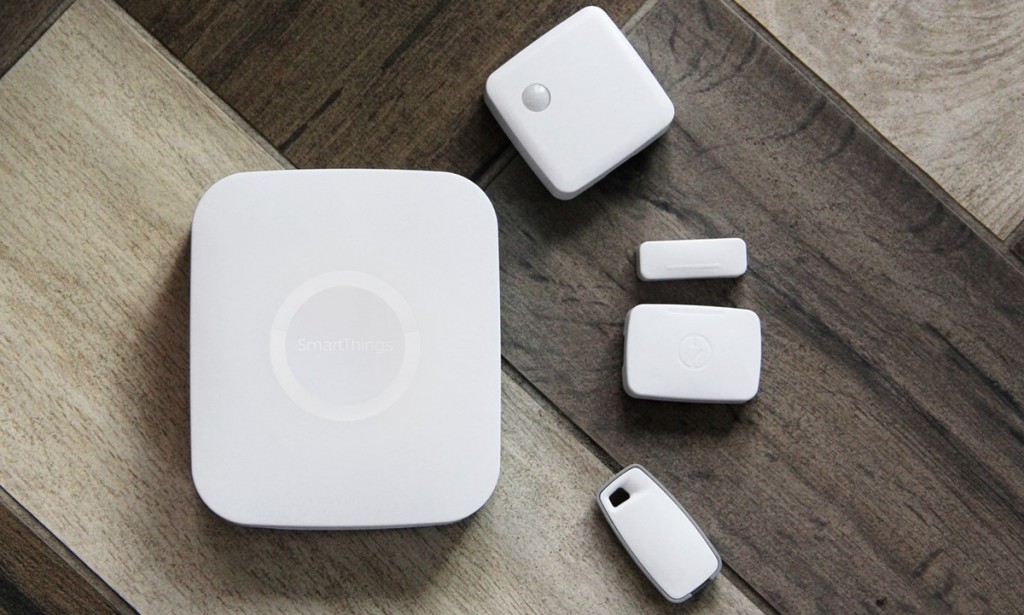 IFA is always full of new and exciting products, but Samsung is taking a different approach with their newly-acquired SmartThings brand. Samsung announced an updated version of the SmartThings Hub at IFA, along with some new devices — called “things,” of course — that can be paired with the hub. The new hub, which is available now direct from Samsung, is sporting an ARM Cortex-A9 processor clocked at 1GHz, a faster chip than we found in the older hub. The new processor means the hub can now handle video streaming, so users can view live feeds on their smartphone from a connected camera. The hub will also send users event-based notifications when smoke, fire, leaks, or floods are detected. New features also include a battery backup that allows the hub to continue functioning for up to 10 hours on its own, in the event of a power outage. 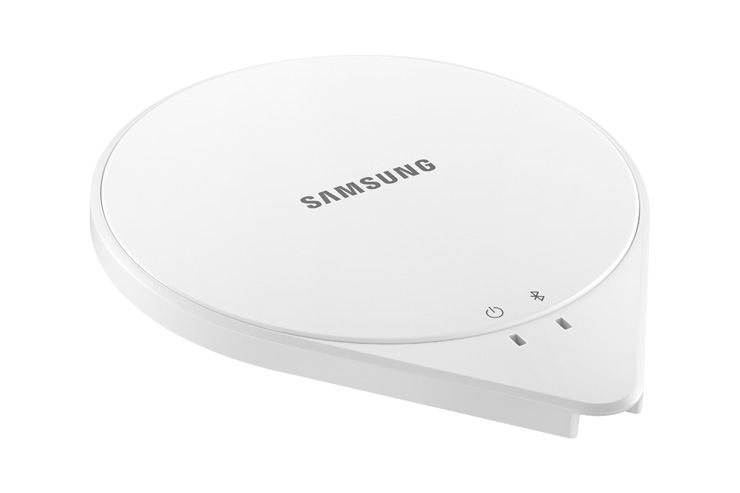 Samsung isn’t stopping with the SmartThings family, as it introduced a few new devices at IFA as well. SleepSense, a flat disk that users place under their mattress, monitors sleep patterns, heart rate, and respiration. It also recognizes when a user falls asleep, turning off a connected TV and adjusting the heating or air conditioning.

Along with SleepSense, Samsung is bringing more content to users via partnerships with Netflix, VoD, Amazon, and even GameFly. The push is to get users to  buy more Samsung televisions, so they have access to such great content and features. Along with digital content, Samsung also announced a new Blu-Ray player, which is supposedly capable of upscaling content to UHD resolution. This will be a nice addition to the Samsung family for Blu-Ray fans. 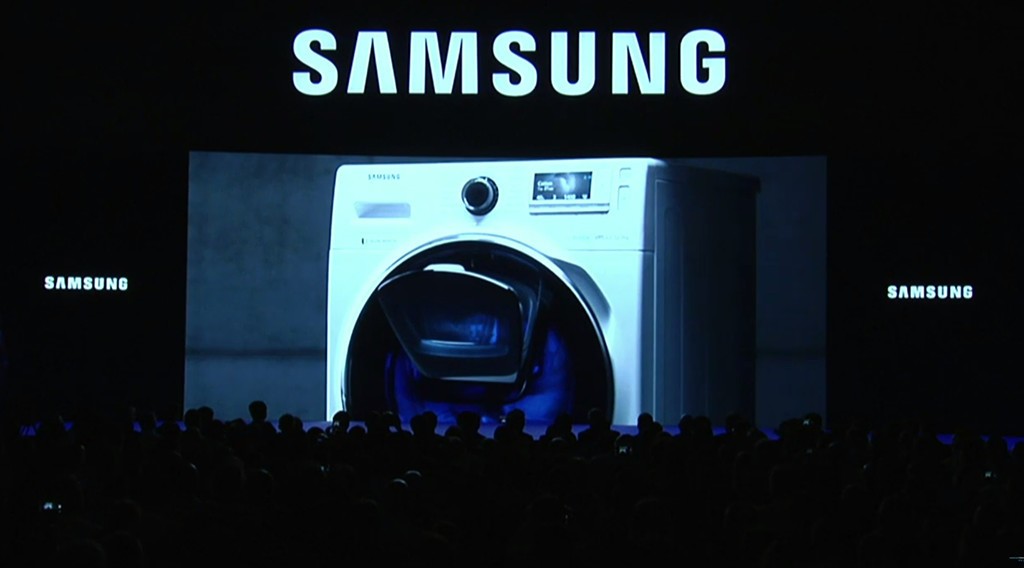 Appliances also made an appearance at Samsung’s IFA showcase, with the announcement of AddWash, a new line of washing machines from Samsung that aims to make laundry a little less frustrating for users. The WW8500 AddWash is the first washing machine in the line, and Samsung claims that it’s the first washing machine that allows users to add laundry at any point in the wash cycle with the push of a button that unlocks the door. It also pairs with a companion smartphone app that gives users notifications and allows them to monitor laundry during the cycle. 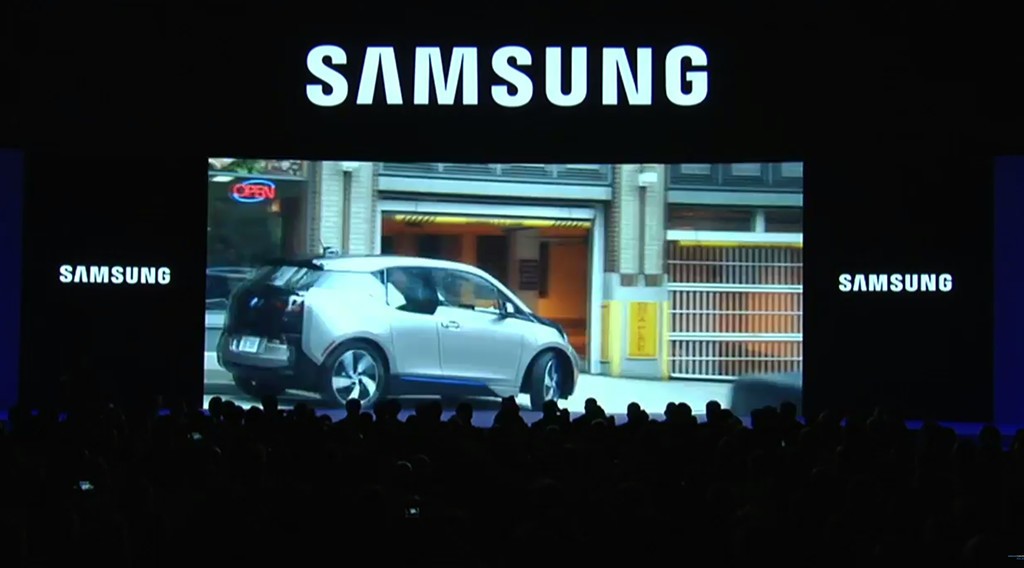 Finally, Samsung is teaming with BMW to integrate the SmartThings hub into cars. This will enable drivers to lock and unlock the car via their smartphone, as well as check the technical status of their BMW. Volkswagon is also working with Samsung, creating the Car Mode for Galaxy app, a competitor to Android Auto. The app essentially does many of the things that Android Auto does (navigation, music playback, etc), but connects to cars that support MirrorLink. Users can then control functions in the app through steering wheel controls or their on-board display. The companies are also introducing an app for the newly announced Gear S2, which will allow owners of certain Volkswagon cars to control some functions from their watch.

Samsung is definitely investing in the Internet of Things with these new and updated devices, which makes sense given the company’s desire to have all their devices integrated with the SmartThings hub within the next five years. We’ll keep an eye on Samsung’s new products, which hopefully bring a new level of functionality to homes (and cars).