What good is the new S Pen technology for the Galaxy Note and Galaxy Note 10.1 if there are no killer applications to harness its capability?  Don’t answer that, it’s a rhetorical question.  Samsung has just announced the Galaxy Note S Pen App Challenge and is dangling more than $200,000 in prizes in front of developers.  The contest is open to anyone and everyone who integrates the S Pen tech into new or existing applications.

“The Galaxy Note enables new and creative ways to interact with your phone through the advanced S Pen technology,” said Dale Sohn, president of Samsung Mobile. “We are excited to see how developers use the S Pen SDK to come up with new ways to integrate the S Pen into applications.”

Starting today and running through April 16th, the S Pen App Challenge will see dozens of winners with prizes that range from $2,000 (and a Samsung Galaxy Note) on up to the top spot and $100,000!

Apps will be evaluated based on the overall user experience of the app on Galaxy Note, the quality of the idea, and the functional implementation, including S Pen integration. Developers retain ownership of their applications and may charge for them or provide them for free. When uploading apps to Android Market, developers are encouraged to include “Made for S Pen Galaxy Note” in the description of the app and to uncheck the box that says “All Devices.”

Developers will use the Samsung S Pen SDK to integrate S Pen functionality into a new or existing Android application that runs on Galaxy Note. Apps will be evaluated based on the overall user experience of the app on Galaxy Note, the quality of the idea, the functional implementation, and S Pen integration.  The website for the challenge and more information, including terms and conditions, is: http://GalaxyNoteSPenChallenge.com.

“The Galaxy Note enables new and creative ways to interact with your phone through the advanced S Pen technology,” said Dale Sohn, president of Samsung Mobile. “We are excited to see how developers use the S Pen SDK to come up with new ways to integrate the S Pen into applications.”

The contest kicks off today, February 28, 2012 and ends on April 2, 2012. Public voting and judging will take place from April 9 – 16. The winners will be announced the week of April 16. Samsung will host an S Pen SDK training webinar. Please visit the website for details on the webinar.

Winners of the Galaxy Note S Pen App Challenge will split more than $200,000 in cash and prizes. Prizes will be awarded for the best overall apps and for category awards in games, media, sports, social, lifestyle, travel, education, productivity, entertainment and other. The prizes will be distributed by the following breakdown:

Top entries will be evaluated by a panel of five judges that will be announced soon on the website.

The public can vote on their favorite submissions between April 9 and April 16 to determine the winner of the Popular Choice Award.

Samsung has created an S Pen open software developer kit for developers of all sizes and scale (from the hobbyist to large app developers) to create apps that will be optimized for the S Pen experience.  Applications made for S Pen by utilizing the SDK library benefits from 256 levels pressure sensitivity of the S Pen, fast, responsive and accurate digital writing experience and the  HD Super AMOLED™ 5.3-inch display on the Galaxy Note.

The Samsung developer forum provides resources and information about Samsung and Samsung mobile devices. The developer forum is a resource to support developers in innovating new apps on Samsung product and platforms.

Samsung Apps is a customized recommendation engine that provides a simple way for users to discover new apps for their Samsung devices. Samsung Apps provides a smart, curated view of available applications based on which device the user is accessing the service from, the user’s profile and app history as well as recommendations from friends. Users can confidently browse apps knowing that Samsung Apps provides a selection of apps from the broader Android Market place that have been optimized for a great user experience on their specific device.

For Galaxy Note users, Samsung Apps provides the best place to find apps uniquely suited for their device – including those “Made for S Pen” – applications designed to take advantage of the precision control and writing instrument for the Galaxy Note, the S Pen.

The Galaxy Note, available in ceramic white and blue, utilizes AT&T’s 4G LTE network for lightening fast connection.  Combining the best features of a smartphone with the larger viewing screen of a tablet and advanced technology in the S Pen — delivering an all-in-one device that allows users to work more efficiently and maintain productivity, while communicating in a unique, personal way.

Galaxy Note boasts the world’s first 5.3-inch HD Super AMOLED screen (1280×800), one of the largest screens on a smartphone that provides an immersive viewing experience, customers can take full advantage of the large display, to create and consume more.

The Galaxy Note includes a highly advanced tool called the S Pen, which delivers fast, responsive and precise control to create fine lines and detail on the device display, much like an ink pen and pad of paper.  With the S Pen, users can easily sketch drawings, jot down notes, or write emails and texts quickly and easily in free-form handwriting.

Information on the contest, including how to enter, rules and regulations, tutorial and more are available at http://GalaxyNoteSPenChallenge.com. The competition is powered by ChallengePost, a global marketplace for challenges and community-driven innovation. 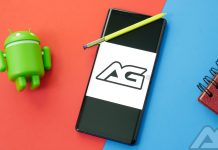 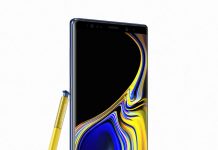 What’s new with the S-Pen?