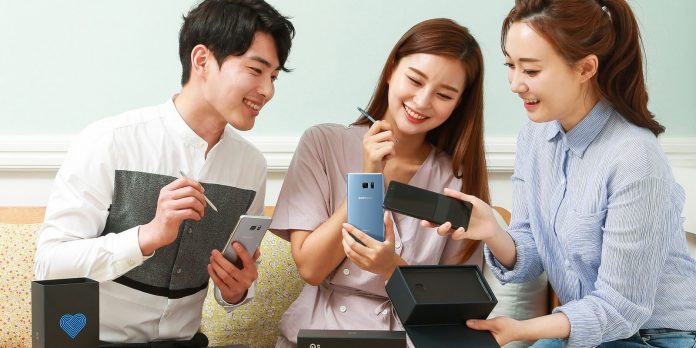 We all wondered what would happen to the Note 7 units that were recalled following the unfortunate incidents last year with the device. Samsung has brought the device back to life as a ‘Fan Edition’.

The Galaxy Note 7 Fan edition is almost identical to the Note 7 but has a few alterations. The exterior looks exactly the same except for the Samsung logo on the front of the device that has been removed like on the Galaxy S8. The branding on the rear has been modified to include the words Fan Edition to identify the new device.

Internally, the specs are mostly the same. The FE has a Snapdragon 821 processor, 4GB of RAM, 64GB of storage, and Android Nougat. Interestingly, Samsung have taken the opportunity to enhance the software by including Bixby with the new Note 7 FE. You’ll see the same 5.7-inch AMOLED display, 12MP camera, iris scanner, IP68 water resistance, USB-C,  and wireless charging. The S-Pen is also obviously included.

What about the battery I hear you say?

Instead of the 3,500mAh unit that powered the original, the Fan Edition will offer a 3,200mAh battery that Samsung is keen to highlight is subjected to a rigorous 8-point safety test.

Samsung is launching the Galaxy Note 7 Fan Edition on July 7th as a limited release in South Korea. Only 400,000 units will be available in the country but Samsung have said further markets may be opened up but will be decided at a later date.