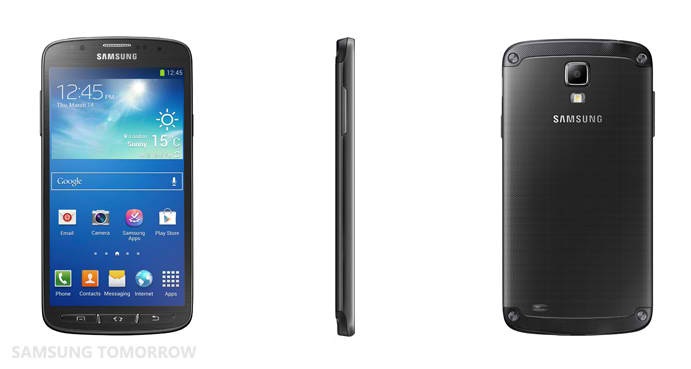 Samsung officially announced the Galaxy S4 Active today. This “rugged” dust and water-resistant version of the flagship Galaxy S4 smartphone includes many of the same features as the original, but is its own phone all at the same time. 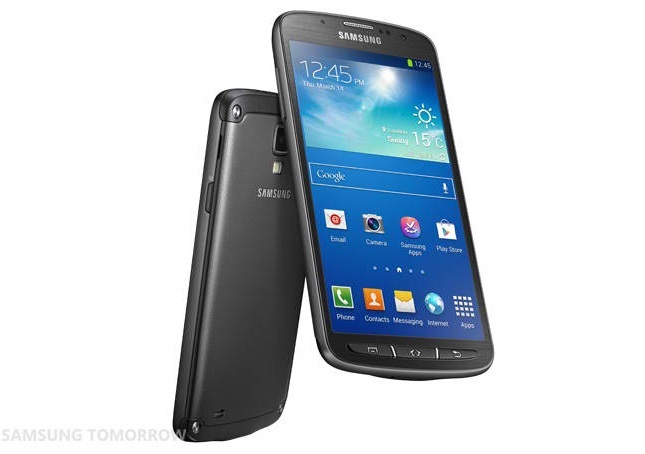 A company press release claims the new device is “purposefully designed for active users who love the outdoors.” The newest smartphone to Samsung’s line-up has a fully-sealed design, which is supposed to keep dust particles out and also protect it against water damage for up to 30 minutes of submergence at a depth of one meter. The Galaxy S4 Active also features a water-resistant earphone jack that allows users to use earphones in more adventurous conditions. Each of these features were designed to comply with the standard IP67 certification.

As far as specs go, the Galaxy S4 Active’s main features include a 5-inch Full HD TFT LCD screen (with pixel density set at 443 ppi), an 8-megapixel rear camera with LED flash, a 2-megapixel front-facing camera, Bluetooth 4.0, Wi-Fi ac, NFC, Wi-Fi Direct, irDA, and USB connectivity. Inside you’ll find a 1.9GHz quad-core CPU, 2GB RAM, a number of different mobile sensors, and approximately 11.25GB of user-available memory (at least for the model that is advertised at 16GB.) Comparing it to the original S4, it is just a little over 1mm thicker and about 20g heavier.

When it comes to features, it is quite similar to the first S4. The S4 Active will also run Android 4.2.2 Jelly Bean right out of the box and will be equipped with several exclusive Samsung software features, such as S Travel, S Translator, Smart Pause, Airview, Air Gesture, and S Health. A new software feature that may come in handy for the active crowd is a very unique camera ability: Aqua Mode. This is a new camera setting is said to “increase visual quality and clarity for enhanced underwater images and video.”

It has been said that Samsung plans to start selling the Galaxy S4 Active in the U.S. and Sweden beginning this summer. It will be available in three different color options: Dive Blue, Orange Flare, and Urban Gray. Let us know, now that the Galaxy S4 Active has officially been announced, is it all your were hoping for? Tell us what you think in the comments below!

Navigate off road with the Magellan eXplorist TRX7