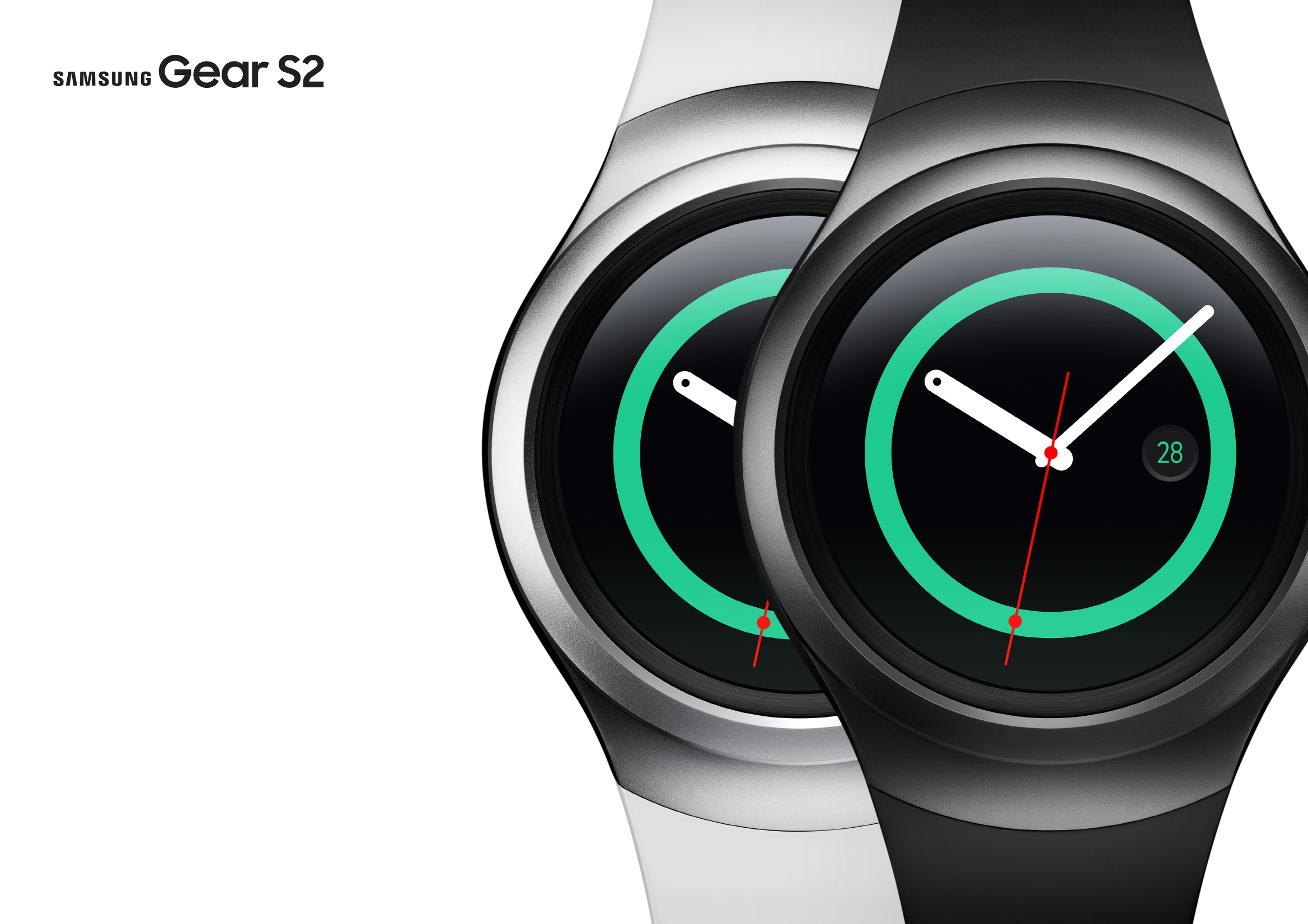 Since the folks in the far east are ahead of us, those of us in the US are ready to feast our eyes on a new treat. After plenty of teasing and flirting around with a new smartwatch, Samsung has officially announced the Samsung Gear S2 ahead of this week’s IFA conference in Berlin.

The Gear S2 is a circular device which puts it up to par with actually looking like a watch, at least in the overall design. Under the hood, you won’t find any traditional mechanisms. Instead, you’ll find the following goodies:

Two more things to take note of with the Gear S2 are the rotating bezel and the fact that the Gear S2 will be running Samsung’s Tizen OS and NOT Android Wear. The Rotating Bezel on the Gear S2 will help out with the management of notifications, as well as the built-in Back and Home buttons on the side of the watch.

The inclusion of Tizen, and exclusion of Android Wear, means that your device won’t be privy to all of the fun Android Wear apps that continue to hit the Play Store. Regardless of that, Samsung promises that there will be plenty of apps available out of the box that will still provide a great experience for everyone.

The Gear S2 will also feature NFC, so that users will be able to easily make mobile payments on the go. There will more than likely be some type of syncing with Samsung Pay, once that has finally rolled out to everyone.

Finally, there was one more variant of the Gear S2 announced today. Samsung is also releasing a 3G version of the Gear S2 which will be able to be connected to your various accounts. The 3G version won’t differ from the Gear S2 or Gear S2 classic in any other ways other than being able to go un-tethered from your phone while still getting your notifications on the go.

On the heels of the announcement, a few of the carriers have already taken the time to announce whether they will or will not be carrying the Gear S2:

You know your wrist wants it. Be there when the #SamsungGearS2 hits the Un-carrier this fall! pic.twitter.com/jNIaSPoI8h

Sprint has not officially announced whether they will be carrying Gear S2, but it’s only a matter of time before we hear from the number 4 carrier in the US.

Pricing and availability haven’t been announced in regards to Gear S2, however we can expect to learn more at IFA 2015 later this week. Let us know what you think about Samsung’s newest smartwatch and whether this is now on your radar.