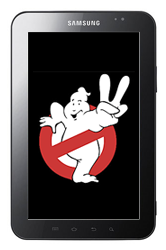 Samsung is rumored to be bringing their Galaxy Tab  follow-up to CES next week.  Yeah, we’re a little surprised to hear this as well.  Considering the Tab is only a couple of months old, we can’t picture them outright working on a successor.  Perhaps a larger model in the realm of 10-inches is in order.  Either way, KoreaTimes is reporting that Samsung is ready to step up the tablet game.  Don’t get us wrong here, we’d love more hot, Samsung tablet action!

The Galaxy S smart phone series is also expected to get a refresh, albeit in February at Mobile World Congress.  After nearly 10 million devices moved around the world, Samsung has hit upon a winner and it’s time to roll with the momentum.  We can’t say that we’re surprised by this one as the original Galaxy S (i9000) was unveiled nine months ago at CTIA.  It might not sound like that long ago, but in today’s Android universe, that’s practically eons.  The phone is likely going to resemble the Nexus S in terms of hardware, with NFC chips, Android 2.3, and a possible dual-core processor.